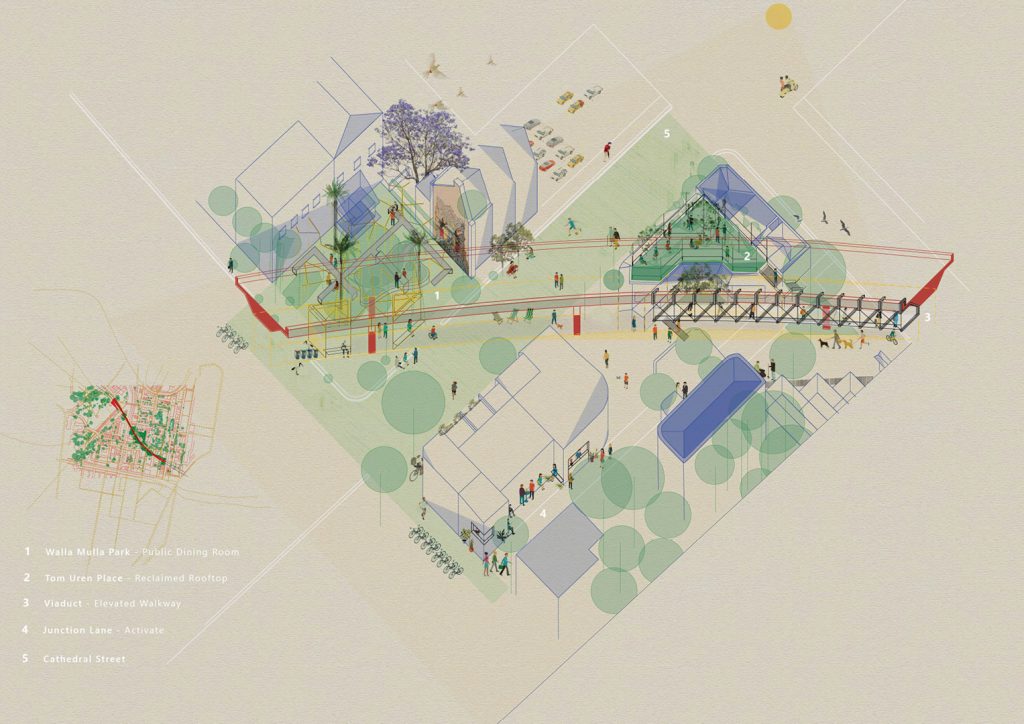 How will your idea create a better life for Sydneysiders?

We want to move towards a city that is fully pedestrianised, safe and healthy.

Woolloomooloo is a densely populated area of housing. The idea is to foster community in the public realm and to reconceptualise infrastructure as the opportunity to construct inimitable spatial experiences

Image concept:
An elevated walkway beneath the existing viaduct aims to revitalise the area and connect all neighbouring suburbs.

If the viaduct is a new civic spine, what does this begin to look like? And can it begin servicing the areas below?

How does your idea deliver great public space?

If we imagine streets as shared spaces, we must first reimagine our public spaces. The drawing explores a reclaiming of the in-between spaces, in hopes of creating a domino effect. If we want a vehicle free city, we must change our relationship to the land.

How is your idea transformational?

The project proposes a new kind of armature for the city, where modifications can be made and the spaces can take on a life of their own. An exploration into ‘building to last’ and what it means in today’s current climate is important in moving forwards. It is no longer relevant to build more ‘buildings’ but rather curate the city in a way that can transform the lives of its inhabitants.