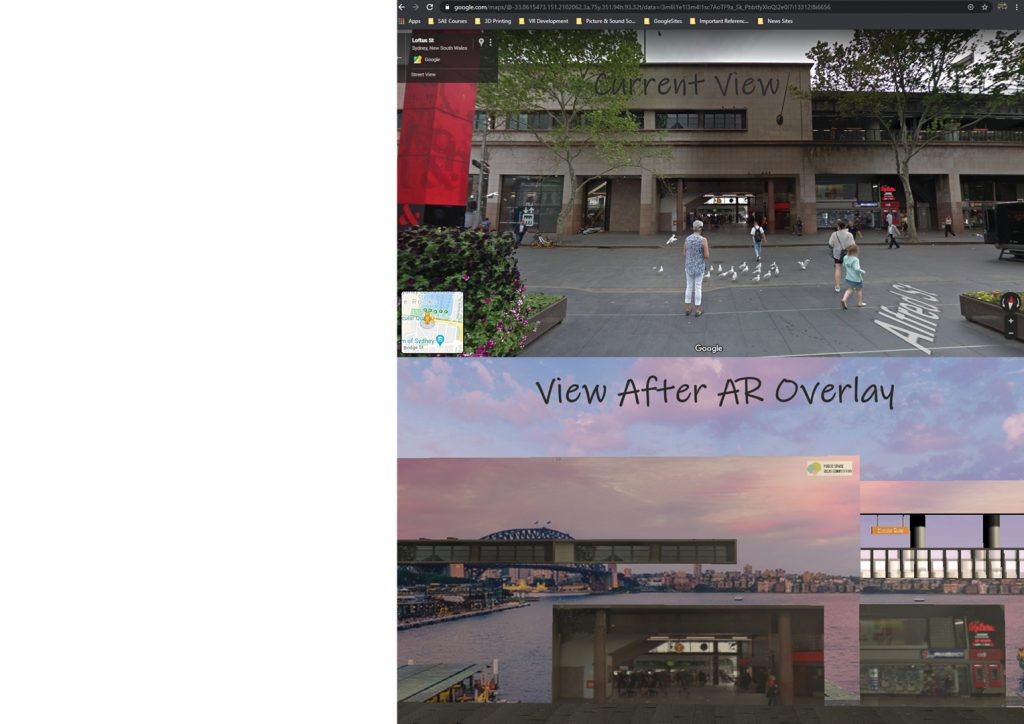 Window To The World
Jeremy Pernesz

Transforming Alfred St in Circular Quay, into the largest AR showcase in the southern hemisphere.

Let’s be blunt and brutally honest, Circular Quay is the “ugly duckling” waterfront area of Sydney. Help me transform it into the swan it was always supposed to be. The Train station building creates a bulky, bland and boring obstruction to one of the most breathtaking views in the city. Using the modern-day magic of Augmented Reality (AR), we can easily and comparatively cheaply transform this area into a gorgeous work of AR art, a “Window to the World”, and to the beautiful views just meters away on the other side. Picture dolphins riding the wake of a ferry as it comes in to dock, whales jumping, splashing down in the harbour! This opens up other opportunities, a gargantuan canvas, almost anything could be displayed, from ferry and train timetables, local artist’s competition pieces; important information, seasonal or special holiday overlays, TV screens, advertising and more! If this idea was then adopted in other areas of the city or country, you could display real live 360° video feeds, VR/AR windows allowing people to join from home. I believe the most effective solution is laser projectors, live camera feeds coming from the harbour. Leveraging what would likely be the largest AR showpiece in the southern hemisphere, you could then create an AR wonderland around Circular Quay, creating a technology hub and VR/AR showcase area. Not only would this bring people into the area, but it would also provide an opportunity for companies to showcase their technology, and educate people about AR.