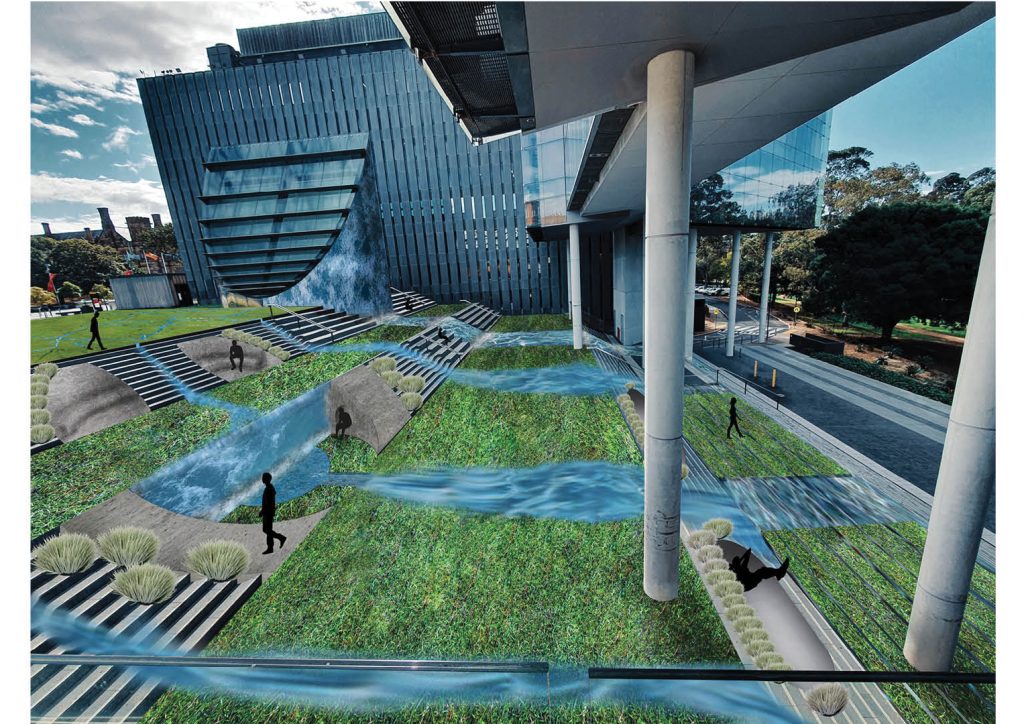 By tearing down the connotations of privilege and intellectual nobility the grand staircase at The University of Sydney holds, the project aims to transform this limited area into one that is more welcoming to the wider public. These connotations of intellectual superiority that hold back the public will be deconstructed through the introduction of more universal elements such as water and nature. Water’s recuperative attribute and flowing characteristic will aid in removing the edged and unwelcoming atmosphere of the staircase. Acting as a haven to the inhabitants of the university from study and the fast-paced environment, their status as professor and students will essentially be stripped and these open conditions would invite the outer public to merge into this space in what could be considered a terraforming of the area. It can then even be said that where the staircase was originally a pathway, connecting two locations, the staircase has itself transformed into a location.

Encouraging a moment of pause, the redirection of human traffic within the area subtly exhibits an artistic nature as a form of a relational exhibition as the inhabitants of the space become unknowingly lured onto an amalgamated stage of nature and modernity. The project simultaneously pays homage to the indigenous people and promotes awareness through the idea that water is the lifeblood of the country which has been re-imagined through the fractured lands of grass on the upper plateau reminiscent of cracked lands after periods of drought as well as the blood through our veins.