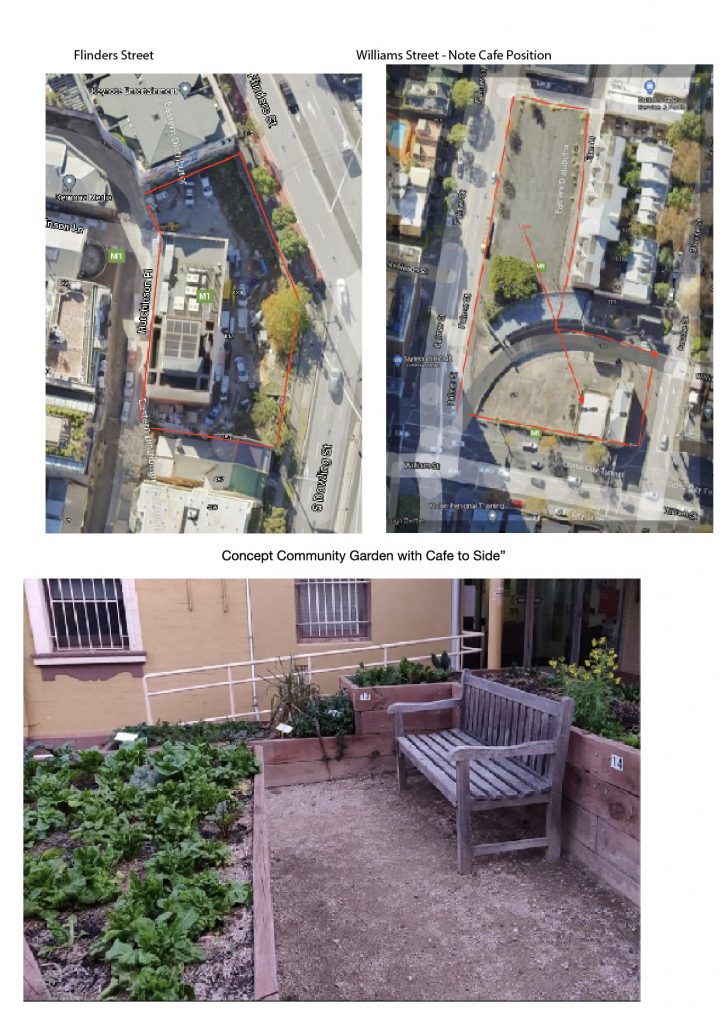 Both could be transformed into community gardens and used to grow vegetables and herbs, including a open cafe on the Williams Street Heritage building and places to sit and read a book. (see concept photo attached).

Access could be regulated via the Sydney City Council or using an existing or newly established
community garden group.

This idea will add much needed garden space for the enjoyment of the high density apartment dwellers of the area, remove the current ‘eye sore’ of vacant concert blocks and transform the street scape into a desirable amenity.