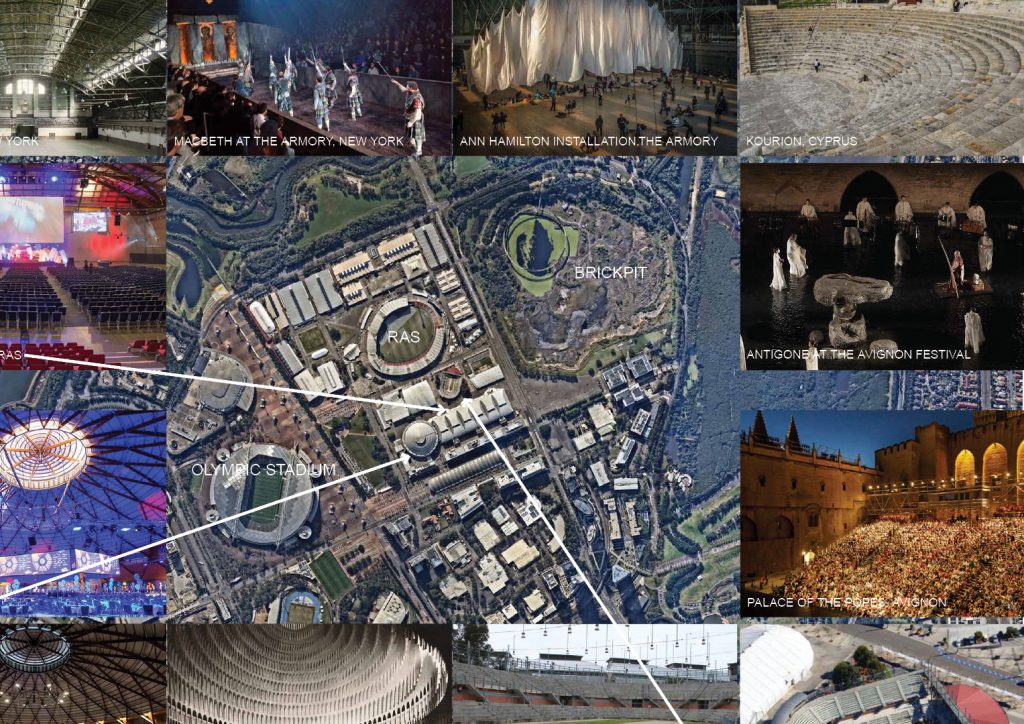 USE FACILITIES AT RAS FOR AN INTERNATIONAL THEATRE FESTIVAL

The Royal Agricultural Society’s facilities at Olympic Park are magnificent and provide the space for some incredible events. Primarily the Easter Show which occurs once a year for 2-3 weeks. For the rest of the year these incredible spaces remain largely unused. Wouldn’t it be a good thing if they were utilised more frequently and in different ways?

One such alternate use would be theatre. Specially large scale theatre requiring spaces that match vast narratives. Australia provides the world with some of the most talented and exciting actors, directors and designers. Sydney hosts the Sydney Festival every year and Art Biennales. Why not expand the scale and locations of these two established institutions with readily available venues that would challenge and inspire monumental work and themes?

For instance, “The Dome” is of a similar scale as the Grosses Schauspielhaus in Berlin refurbished by Hans Poelzig and used by Max Reinhardt to stage monumental classical theatre for the masses. “The Exbibition Halls” are of a similar scale as the Armory in New York which in the last decade has presented incredible productions of classics and new works including major art installations. “The Charles Moses Stadium”, used exclusively for wood chopping events, is an outdoor theatre of a similar vein as the ancient theatres. The spaces in between buildings can also be co-opted for theatrical events.

Lets further activate and utilise these great facilities for all of Sydney (and beyond) to further inspire us.