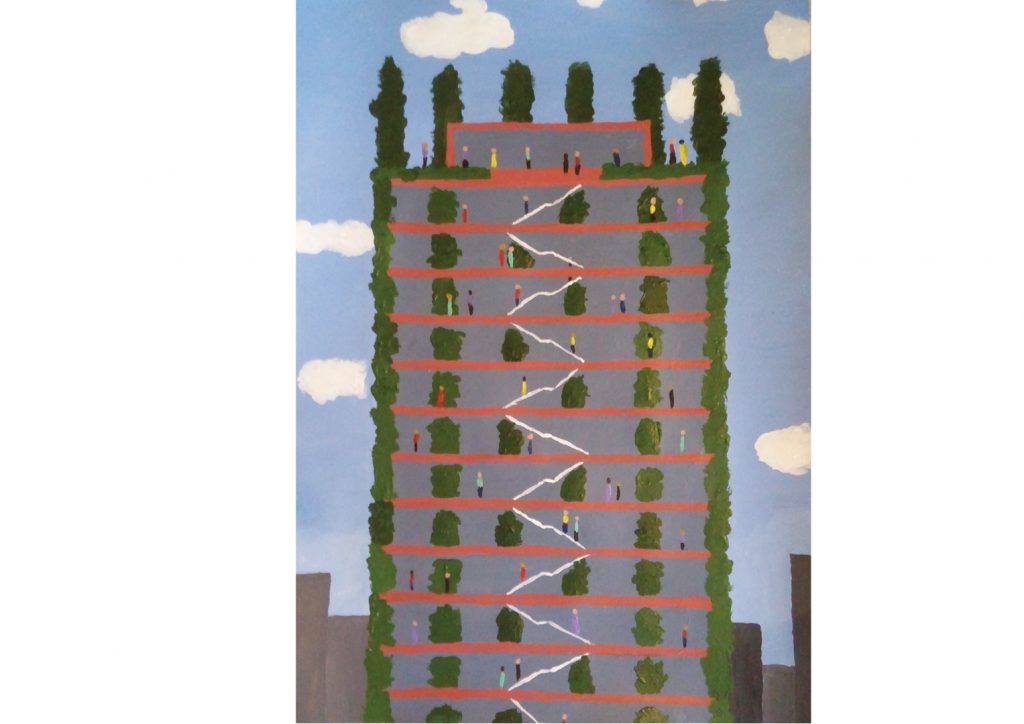 My idea is to allow very tall buildings only to be built with the condition that a publicly accessible park is built on one side of the exterior which the owners of the building would be required to maintain. People would be able to use stairs to go to any level they like, including the roof top. Staff, residents and customers would also be able to use this park to enter the parts of the building which they legitimately have access to. Vertical parks would work best if there were some destinations on the roof top and along the way such as restaurants and cafes which are accessible by lift. Maybe you would catch a lift to a restaurant, eat and then go outside to enjoy the view. Maybe you’ll climb a few levels. Maybe from time to time you’ll climb a whole park. Vertical parks would give options to people of all fitness level. Social distancing would be a lot easier for the people who live or work in those buildings or visit them because there would be one more option for going up and down the building apart from squeezing into a crowded lift.