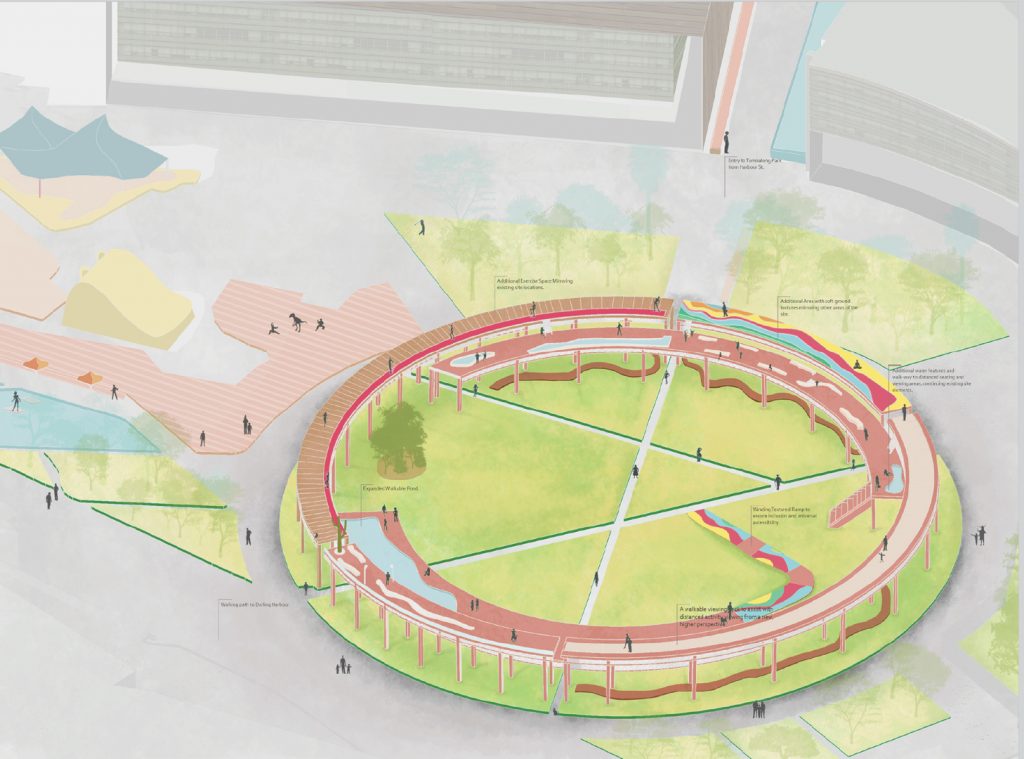 Adaptation through vertical expansion in a horizontally complete world.

TerraExtra is a physical concept that is willing to engage with existing, highly functional public space and bring it into a changed world. The Sydneysider relationship with the outdoors has greatly impacted my own prejudice against over-representing unlabelled public space in an urban setting, coming from a highly neoliberal urban experience riddled with privatized public space. However, a fragile immune system kept me and many others scared and indoors for more than one could handle. As I ached for a place to be, I boiled down my personal relationship with Tumbalong Park in a post-covid world and the ideas that arose from it are:

In a world where we are no longer able to comfort each other by being physically present with one another and an online infrastructure that doesn’t cut it, community traces are essential to drive a social zeitgeist. Feeling the presence of other people by observing them from vast distances below and above you. Experiencing and re-experiencing space and site in order to continue to be curious about our surroundings. Increasing the inherent value of existing, highly integrated infrastructure by adding texture, experiential value and enhancements is incredibly more robust than starting over. Added value, ingrained deeply within existing great public spaces engrains a sense of resilience. Terra extra examines the idea of public space adapting and shifting in a vertical direction, as the horizontal appears to have been completed. Limitation with no real limit.