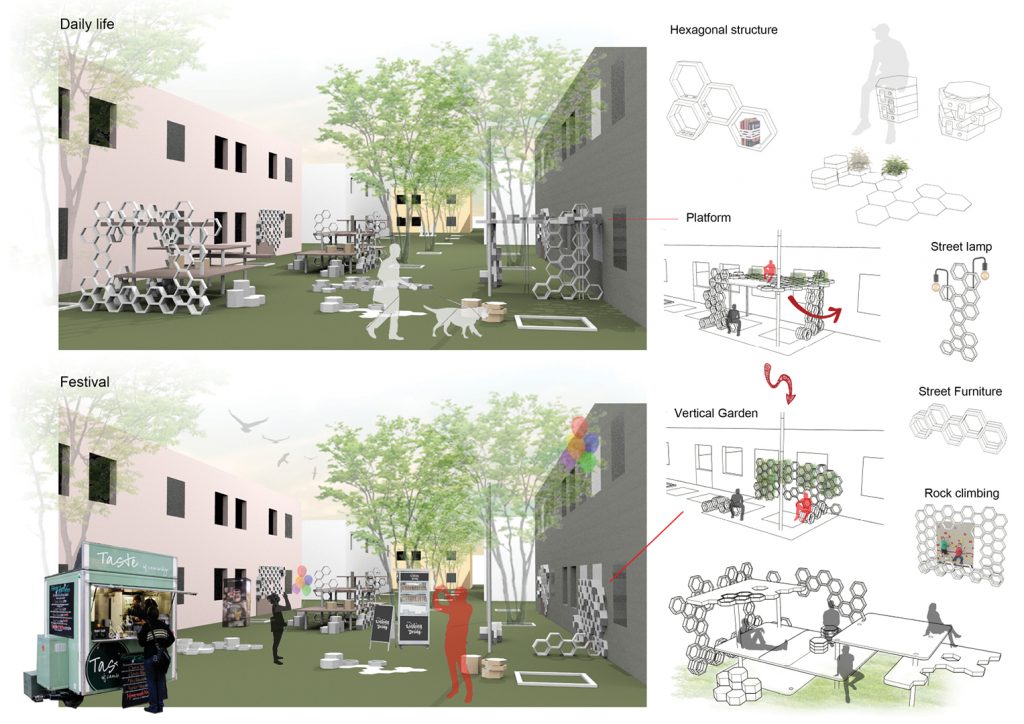 Sydney is one of the most densely populated cities in Australia. Therefore, the demand of higher quality of open spaces is becoming more and more important. The core concept of idea is to create “changeable spaces” in the existing public spaces and streets as low-cost as possible and the attractiveness of public spaces will be enhanced. Additionally, one of the goals of the idea is that Sydneysiders will be able to take part in the changes of public space to promote their understanding of public space and stimulate people’s creativity.

The idea is inspired by the structure of bees and hive in nature. Bees build different homes in accordance with different environments, and each bee continues to improve quality of the environment in which it lives.

How does my idea deliver great public space?

1. Resilient: The hexagonal structure can be freely combined and placed to increase the diversity of public spaces. Additionally, the structure can also be placed on the street to become temporary street furniture. These advantages will increase Sydneysider’s interest in open space and the possibility of staying on the street.

2. Low cost: Considering the time and cost of redesigning public spaces, with minimal demolition and reconstruction, the diversity and practicality of using hexagonal structures in existing open spaces and streets will be the most economical strategy.