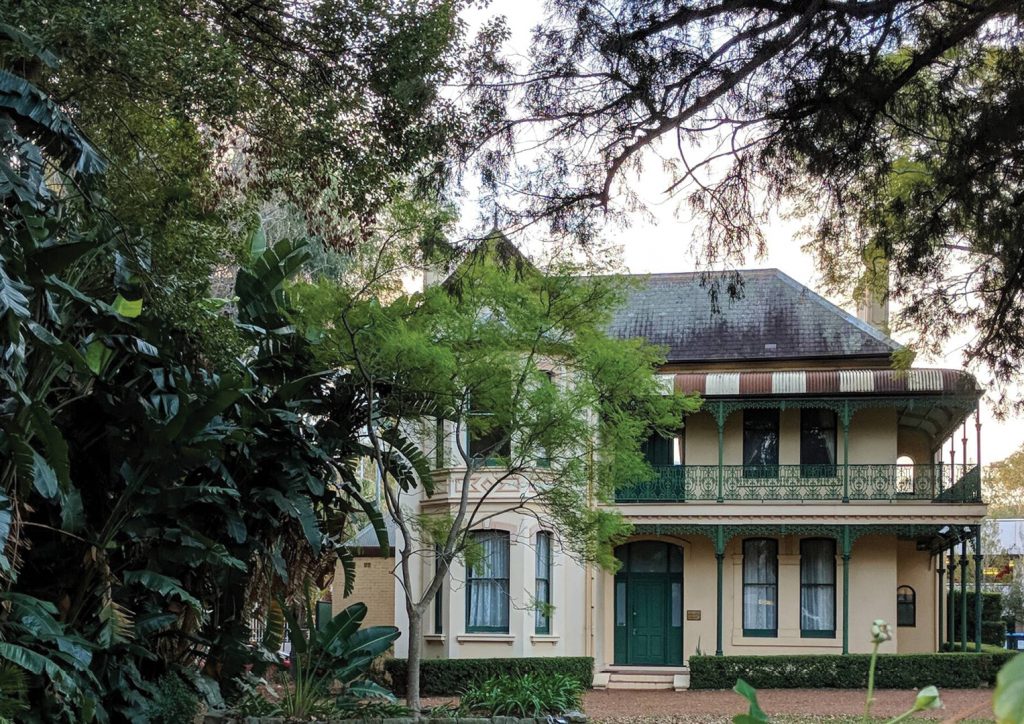 In 2019, the NSW Government purchased Willow Grove and its surrounding lands for $140 Million consideration in order to relocate the Powerhouse Museum to Parramatta and potentially redevelop the Riverside Theatre site in a joint venture with the City of Parramatta.

The Museum’s relocation has attracted extensive public concern, not only for the choice of site on a flood-prone plain; however also the potential sale of the Ultimo site and proposed demolition of historic Willow Grove and St Georges Terrace.

Recently the Department of Planning confirmed approval of the City of Parramatta’s CBD Rezoning Proposal for public exhibition that will see a major uplift for large parts of the CBD. This includes lands surrounding Willow Grove which now has the potential for major high rise.

While the flooding risk is not diminished evidence indicates the evacuation and risk is better managed, and Willow Grove retained at the heart of a new riverside park, with the waterfront land opened up to Philip Street and the Civic Link to achieve the City’s initial River Strategy.

This provides the opportunity for a Museum of NSW to be built at Cumberland Heritage Precinct as visioned by the local community, thereby achieving budget savings.