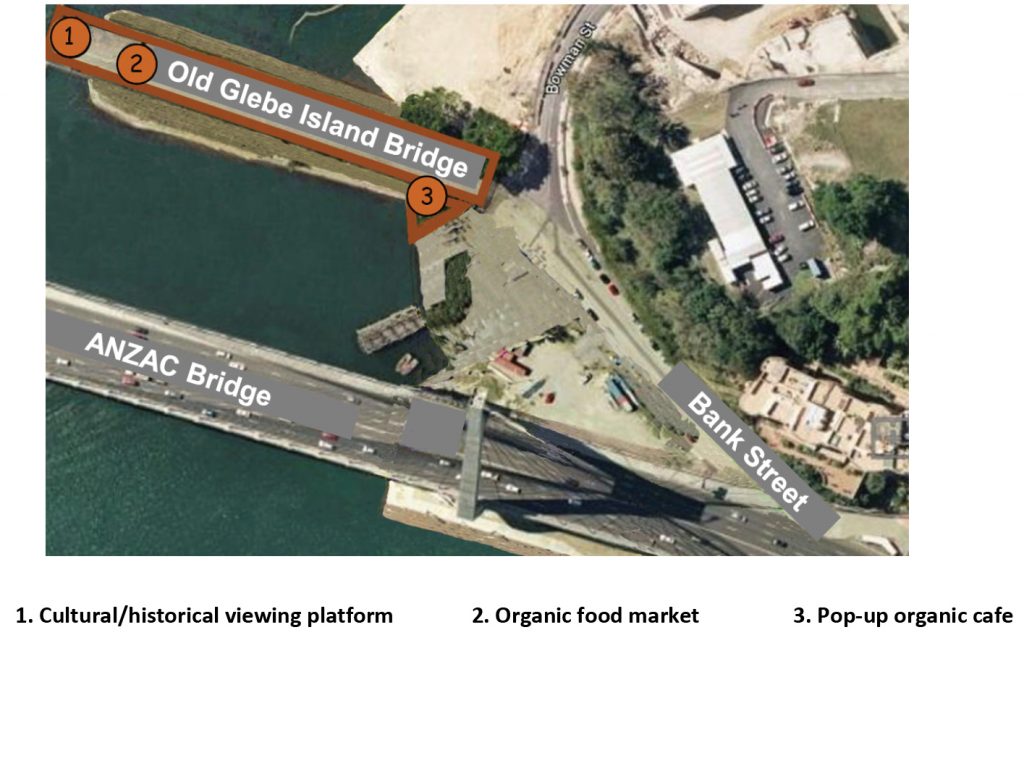 A new life for an old bridge

The old Glebe Island Bridge is a marvel: one of the world’s first electrically operated opening bridges. Completed in 1903, it served water and road traffic for most of the twentieth century. The southern abutment now stands empty. This idea proposes to revive it, to delight new generations of visitors by celebrating its history, and the lives of indigenous people who gathered and fished here long before the bridge was constructed.

At the northern end, a viewing platform would house exhibitions of first nations heritage, early British settlement, the first fish market in Blackwattle Bay and successive bridges from the first manual swing bridge (built in 1857) to the towering cable-stayed Anzac Bridge completed in 1995.

At the southern end of the abutment, an organic market would complement the new fish market at the head of the bay. It would become a community hub, enabling informal local businesses to sell their produce, while buskers and other local entertainers perform.

A pop-up café next to the end of the abutment would become a meeting place for residents and their friends, and the many dragon boaters and other passive boaters who paddle, row and sail on Blackwattle Bay and beyond.

Local history enthusiasts could be engaged to provide permanent and/or changing exhibitions, illustrating and celebrating the many histories that converge at this site.