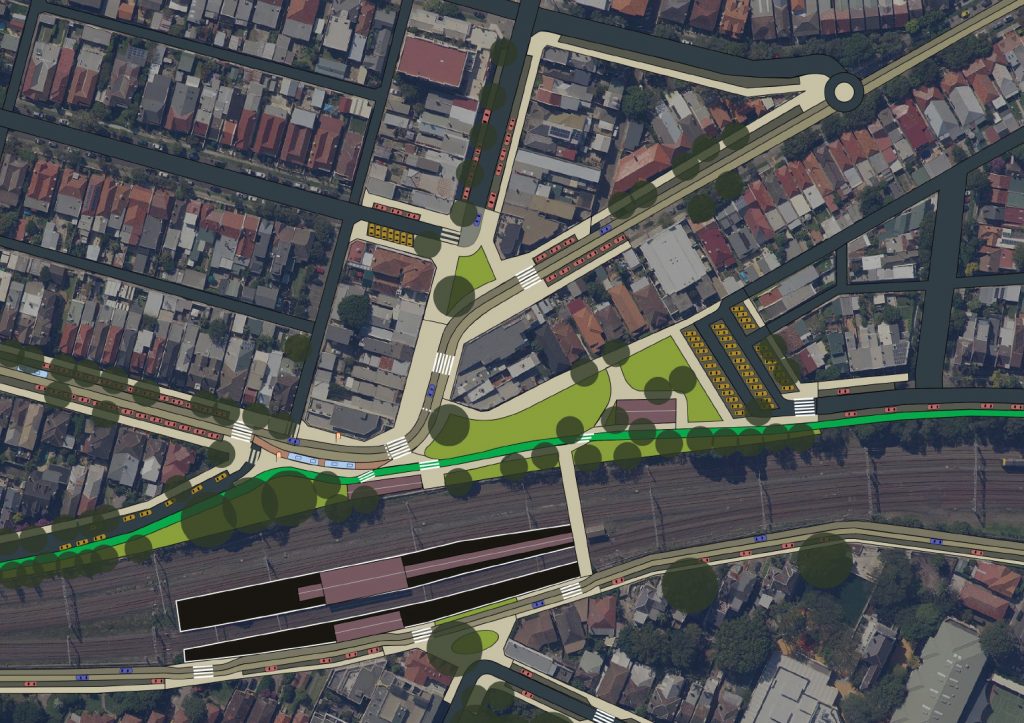 Opening the Stanmore commons to make space for people, businesses, and cooling greenery

The Sydney Metro Sydenham to Bankstown conversion will see a train stopping at Stanmore:

A protected cycleway will soon be installed on Gordon Crescent and Railway Avenue connecting Petersham to the universities, CBD, and beyond.

These changes will make Stanmore an accessible location for the western corridor.

These changes transform the 1950’s car-centric design focused on through-traffic, into an attractive human-centric commons: