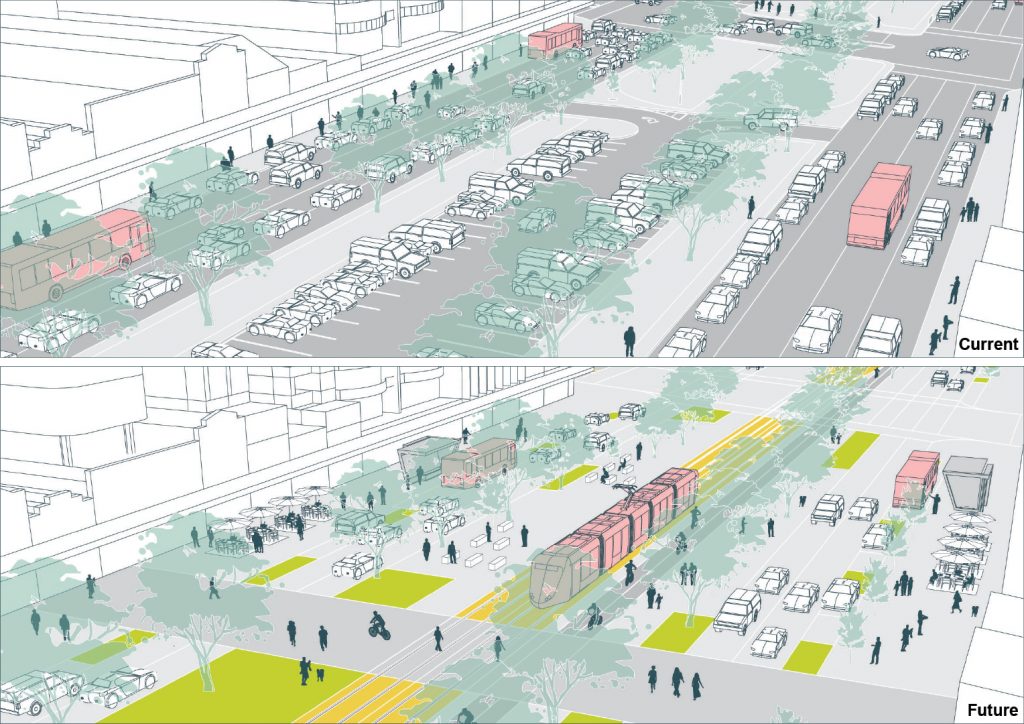 Fulfilling the potential of space for the community

Anzac Parade is a central spine that connects Sydney’s Harbour CBD with residential and mixed-use suburbs to the south-east. As a highly trafficked corridor, a new light rail was recently opened for part of the journey, however, it could potentially be expanding further south. This intervention would be beneficial in providing efficient transport for the masses, while also allowing for improved active transport links and new spaces for people – as captured in the adjacent image.

Future condition:
The events of the recent pandemic have inspired new ideas about the way we travel, use and engage with streets and public spaces. The adjacent image captures the potential of Anzac Parade as a space re-focused on people and place. The 60-meter-wide road has been redesigned to accommodate places where people can pause, socialise and exercise. The historic tram line has been re-instated with an extension of the light rail to ease traffic tension. Unlike other historic neighbourhoods with narrow streets, Anzac Parade has the potential to facilitate multiple activities for the benefit of the community, instead of just being a car’s playground.