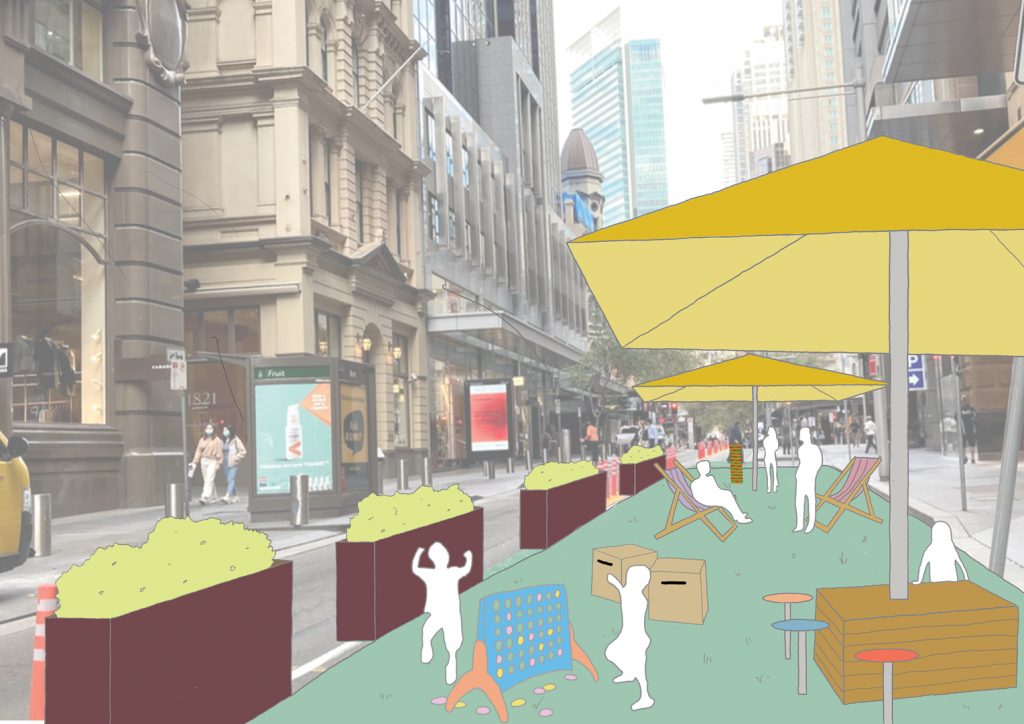 Streets are often seen as transportation networks to connect people to their destinations. However, have we contemplates street as great places or exploring the ideas of utilising street as an extension of the existing open and public spaces?

The idea enables open and public spaces more accessible to the community; provide a space and opportunity for different ages and groups to interact which creates a sense of social cohesion and identity; enhancing the safety and security of the street by facilitating active uses throughout the day and night; and reduce overcrowding at existing parks and playgrounds.

The idea is temporary, with no permanent fixtures or equipment required. Hence, the pop-up space could be easily manoeuvred within the community and other parts of the local government area. Additionally, it can accommodate a range of purposes and uses to cater to the community’s different needs and requirements, such as kids playgrounds, open spaces or senior exercise parks.