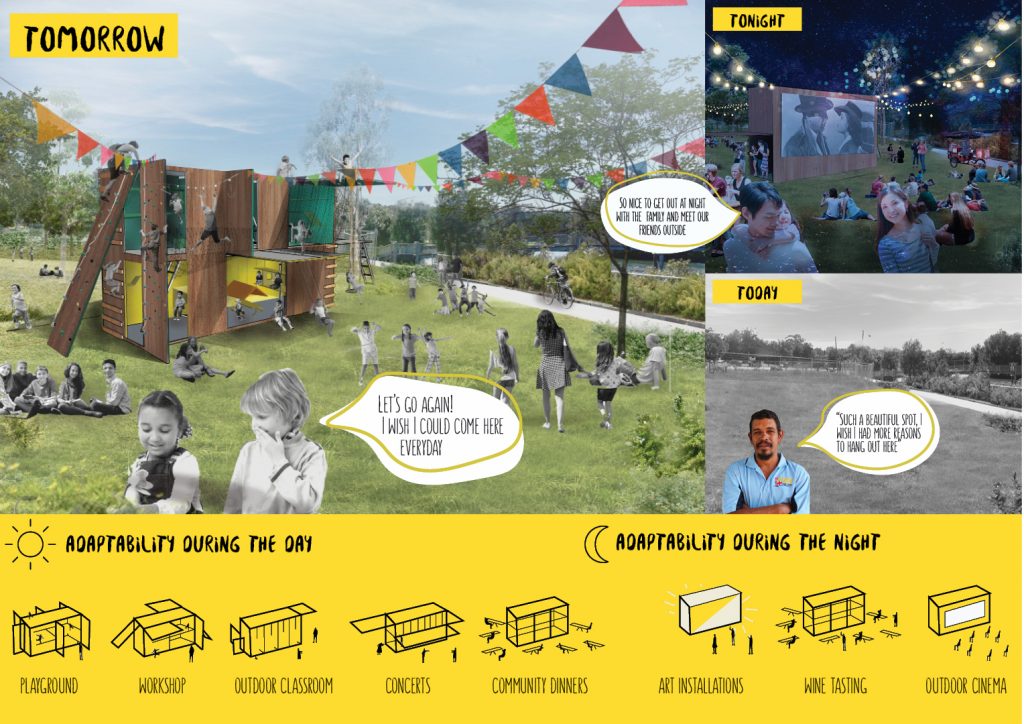 Unbox your today, tomorrow or tonight at Ewen Park on the Cooks River

Ewen Park (City of Canterbury Bankstown) is an important district park right on the Cooks River. It forms the junction of the Cooks River and GreenWay cycleways and is only a 10-minute walk from Hurlstone Park train station. This regionally significant place has been left with derelict tennis courts for too many years. The community wants to realise the potential of this special and beautiful place by creating lots of fun things to do for everyone.

PLAYBOX can be temporary or permanent. It will transform the Cooks River from a transit corridor to a place worth staying. The river holds such beauty and has a lot of open space, yet so few things to do. Building the PLAYBOX at Ewen Park will create not only a central meeting point for the community but a reason to play for all ages. From young children to teenagers and adults, PLAYBOX offers something for everyone.

The detailed concept would be designed in consultation with the community and ideally be operated by the many actively engaged community groups and residents who live near the Cooks River.

With so many functions that all pack neatly into a box, PLAYBOX can be many things to many people, day and night.