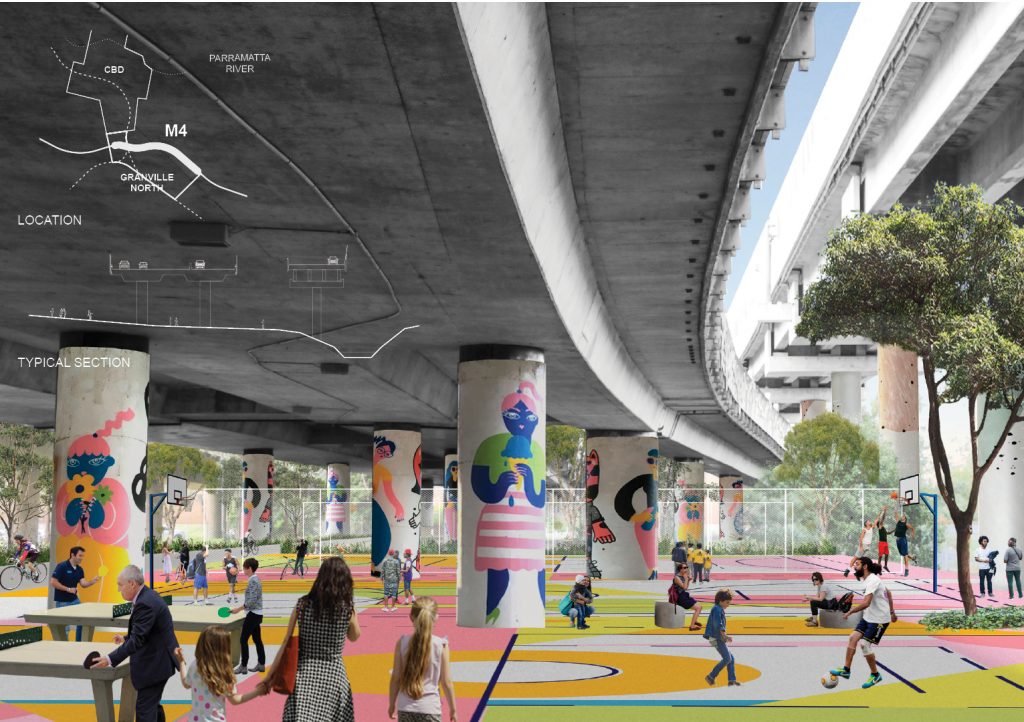 Transforming forgotten land beneath the M4 into a 1.3km linear park

The M4 motorway runs between two significant growth precincts, Parramatta CBD and Granville North. This area is expected to more than double in population over the next 20 years but currently has one of the greatest deficits in open space in the region.
The idea is to undertake an innovative and creative transformation of a degraded, neglected space under the motorway, into high-quality recreation facilities and places. The new linear parkland could connect the City and provide new open space for the community now and into the future. This concept is an example of the outcomes the Parramatta Ways Walking Strategy and the Sydney Green Grid are seeking to achieve.
Through a strategy of regeneration and staged delivery the proposal could include:

Ownership across the site area is spread across 6 different State Government agencies and the City of Parramatta Council. Through the whole of government collaboration, there is the potential to not only facilitate new open space but provide benefits for all stakeholders.
The proposition involves the creative adaption of overlooked space, turning a neglected site into a catalyst project that can contribute to the transformation and growth of Parramatta as Sydney’s Central City.
A playful integration in a constrained urban setting.