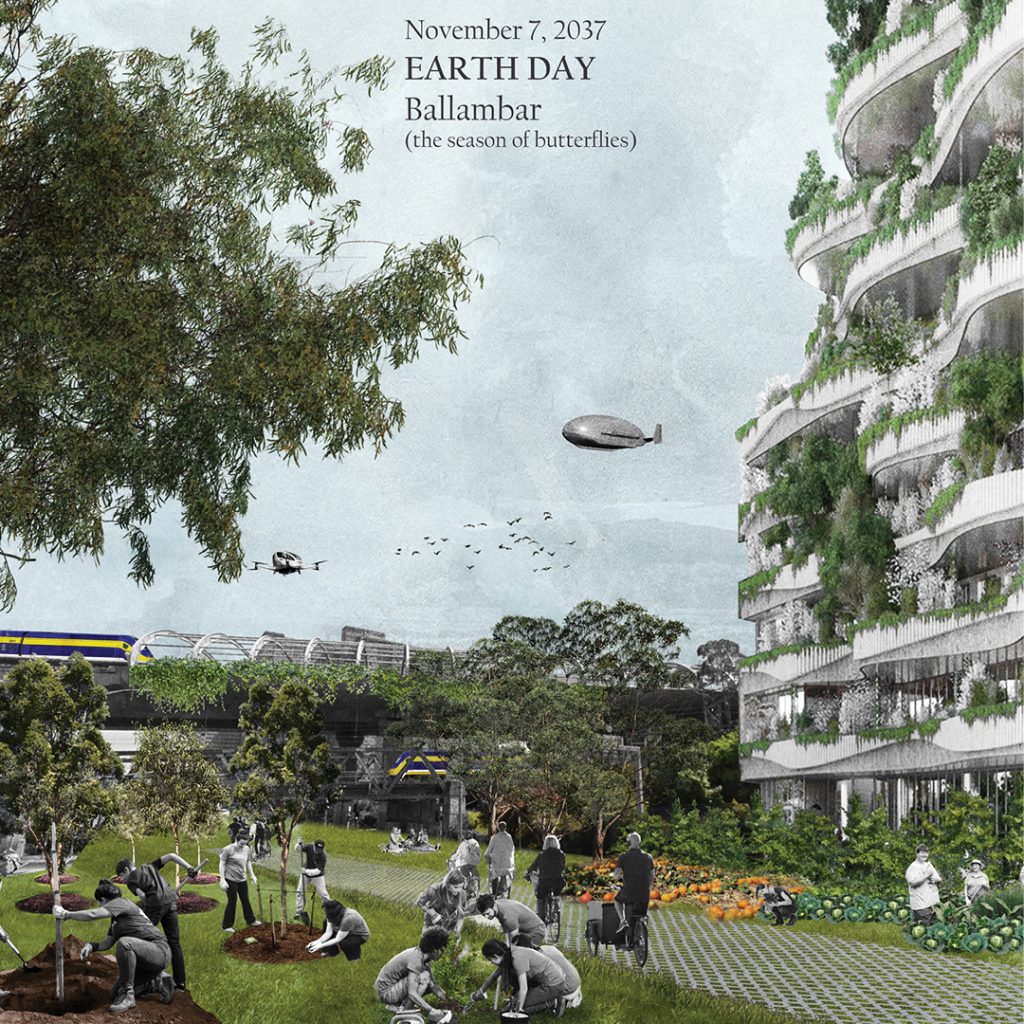 Restoring the agricultural production of the City, by transforming our streets

Lines no Fire Could Burn is a story of re-greening the city, re-discovering landscapes that sustain us. It re-imagines the future Sydney, where dramatic changes to climate, resources and the ways we live will reshape our streets.

In our future, streets are no longer for cars, but are spaces in which the life of the city is enacted. For millennia, the landscape of the city was Country, ritualised landscape, with a sung history, ceremonial routes, meeting places and sites of production. After colonisation, this was overlaid with a grid designed solely for the movement of vehicles.

Our idea recovers landscape, habitat and meeting spaces, re-establishing relationships between people and the landscape. Reframing streets as productive civic spaces, imbued them with meaning – they become permanent fixtures in the community’s productive life and cultural memory, Lines No Fire Could Burn.

Evolutions in transport mean that in the near future cities will move the same amount of people with a fraction of the vehicles – much of our street and parking space can be reclaimed. Streets will become fully public – a new “Commons,” of parks, orchards and gardens.

Beyond transformed streets, redundant infrastructure (parking lots, garages, elevated motorways) will be re-purposed for intensive agriculture, making the city self-sufficient in food, from its own green spaces.

We imagine streets full of activity: neighbours sharing fire, food and fables, and the generosity of their community, in transformed streets, for landscape, water and animals, for people and their stories.

They become Lines No Fire Could Burn.