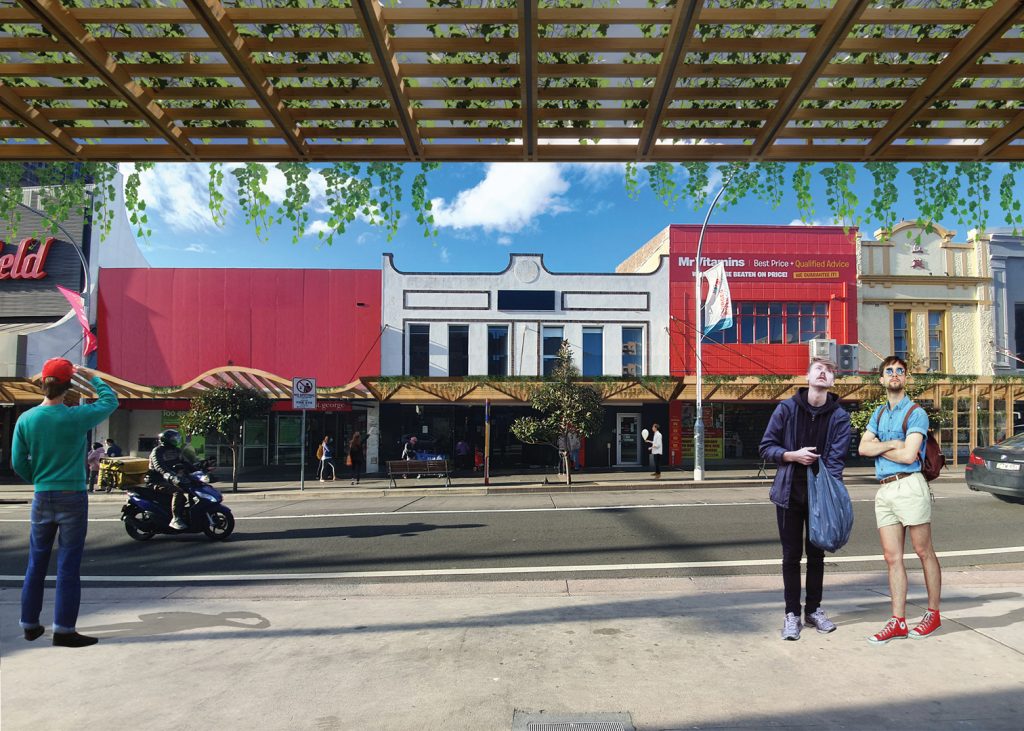 Current infrastructural development in New South Wales will connect Sydney suburbs more than ever. While stations and transport hubs have become the main gateway for each suburbs, buildings expression and shopfronts around the stations have always performed as the main façade and the identity of each suburb.

Even though The City of Sydney has many distinguished buildings that make up its identity, the remaining suburbs can only show typical shop fronts and their standard flat awnings. This proposal attempts to re-imagine the new faces of Sydney suburbs by modifying the flat awning to a more contemporary and sustainable structure that can describe the identity of the suburbs. Street Shopfronts are prominent public space in Sydney that connects many destinations.

By re-imagining the face and the awning of the shop fronts, this potentially activates the adjacent public spaces, the places it connects, and the street itself. This will support each area to become more walkable and liveable. In this proposal, the new awning design integrates structure with growing plants to promote sustainability and well-being. The image shows a makeover of street awnings in front of Hurstville Station.

As a starting point, the concept can be applied to the areas around the planned metro stations. Support from various stakeholders will be required. If the idea is successful, this can slowly become a regulation that is applied all over New South Wales. This way each suburbs can have more sustainable façade and public spaces, as well as healthier citizens.