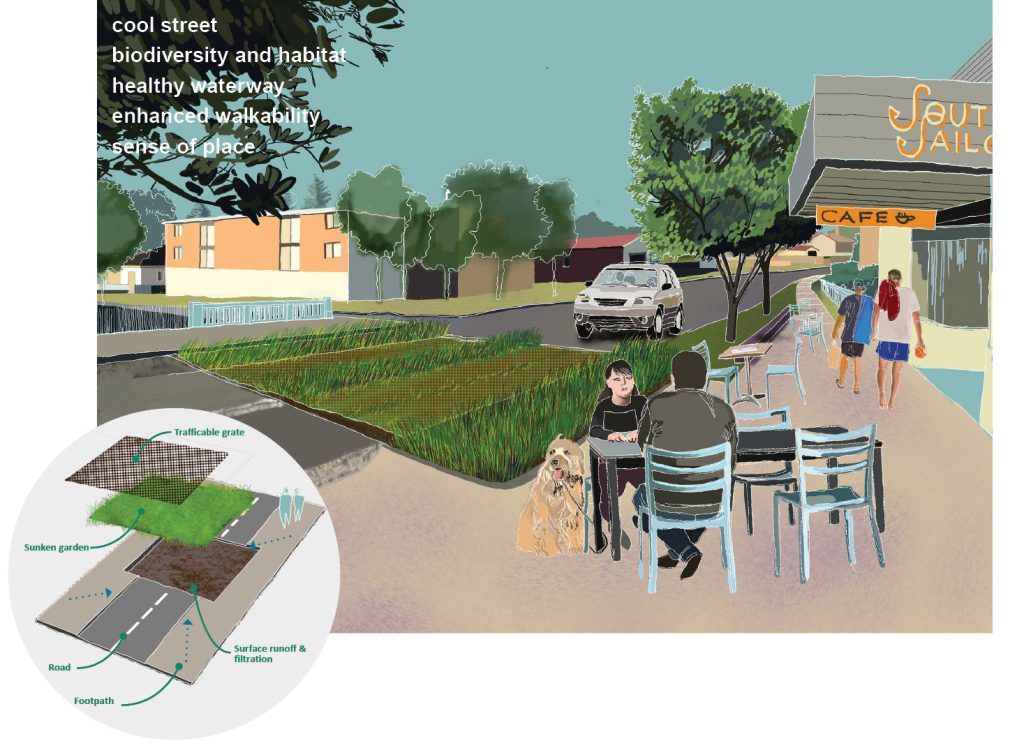 Grate Streets is a simple idea aimed at reducing bitumen and greening our streets.

The average difference in daytime temperatures between Sydney and the western suburbs is six-degrees. This is so significant that we must speed up our efforts to reduce these extremes if our communities are to remain healthy and active.

Higher temperatures are typically the result of reduced tree cover coupled with the dominance of hard surfaces that reflect heat. Known as Urban Heat Island Effect (UHIE), increased temperatures have detrimental impacts on human health and wellbeing. Asphaltic concrete (bitumen) is one of the most common hard surfaces in the urban environment and is a significant contributor to UHIE. In western Sydney the bitumen index is HIGH.

Grate Streets is a simple idea aimed at reducing the amount of bitumen in our streets without constraining the movement of vehicles. Grate Streets proposes to replace bitumen with sunken gardens covered with a trafficable grated surface. Vegetation grows through the grate, reaching its intended height on the edges and is naturally trimmed by vehicles travelling along a common path. Visually, the road appears entirely green.

Grate Streets significantly reduces the amount of bitumen in our environment, creating healthy and equitable places. By slowing traffic, adding more greenery and caring for nature, our solution contributes to reducing temperatures and heatwaves within western Sydney.