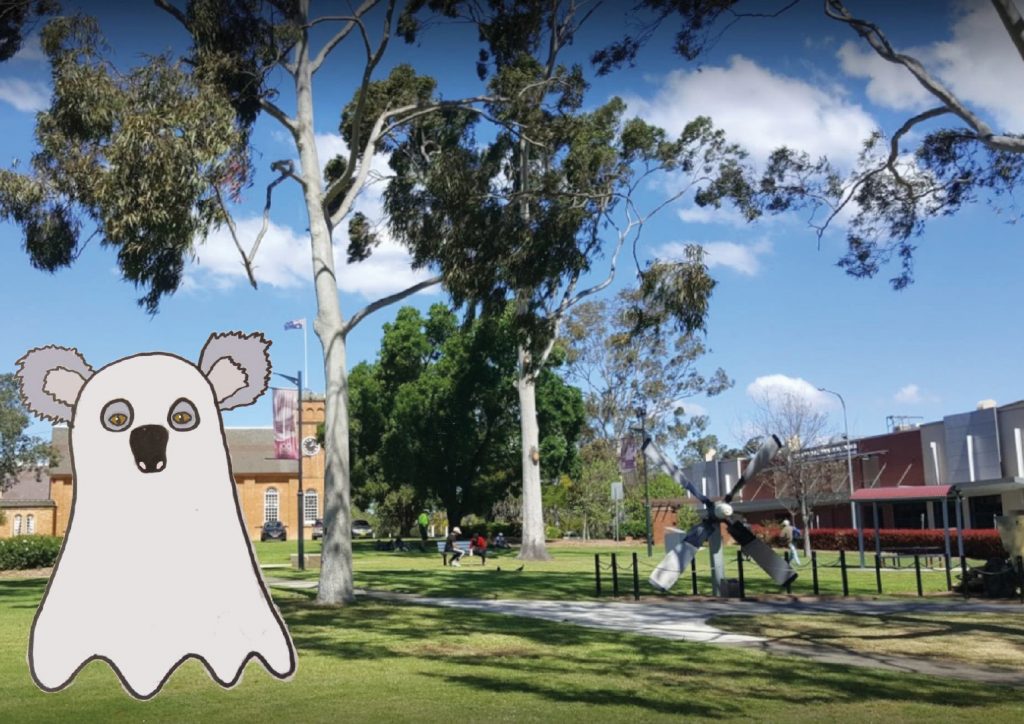 Campbelltown NSW is home to the only healthy chlamydia free koala population, recently the Campbelltown council launched a campaign to promote Campbelltown as Koalatown. Campbelltown has a famous ghost story based on the legend of Frederick Fisher a farmer who was murdered by another farmer and his ghost was later spotted pointing to the location of his body. An annual Fishers ghost festival in November celebrates the legend of Fred fisher and is good for local history and community spirit. The idea is to create a sculpture called Ghost Koala that combines the idea of Fred fisher but also to promote a message that koalas are endangered and if there is no action taken, they will be a ghost. The sculpture will promote tourism to Campbelltown NSW and the location of the sculpture is to be in the Mawson Park as the grave of Fred fisher is located in St Peters cemetery which is also located in Mawson park at the park of St Peters Anglican Church. This sculpture will also promote conservation of local koalas and help to establish a national park to protect the Campbelltown colony of koalas. Koalas are a national symbol and public art has been shown to decrease stress and help with mental illness (Stuckey & Nobel 2010). The plan is to work with local artists to build the sculpture and to raise funds for protecting koalas too.