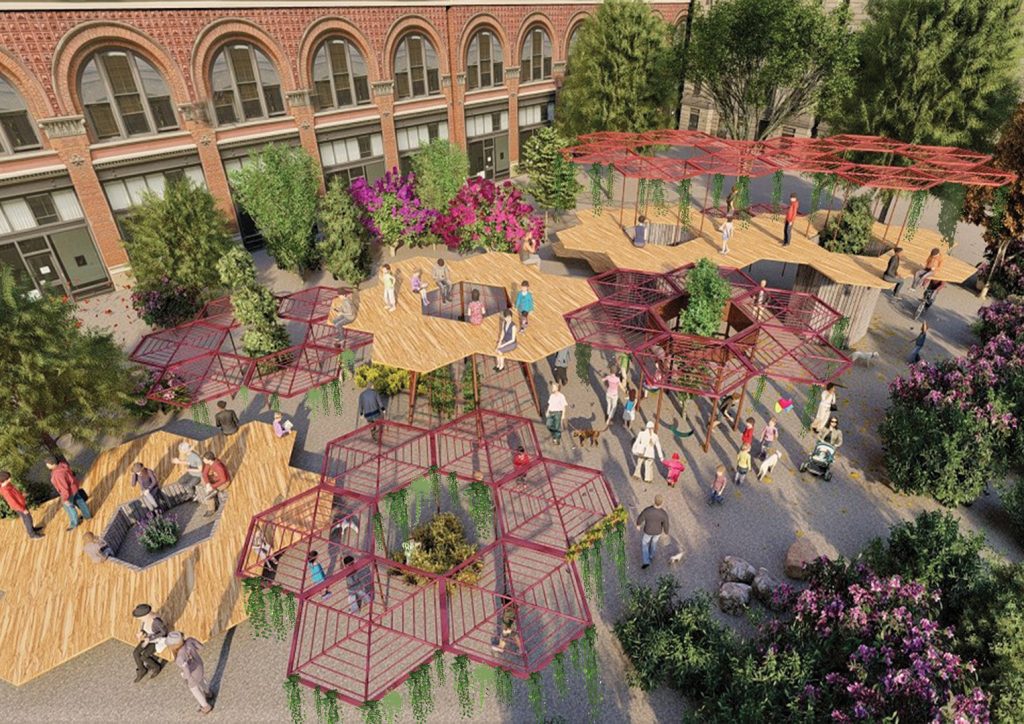 Pocket forests: Bringing urban biodiversity and playscape into the city

– Second lowest tree canopy coverage (15%) of any Australian state capital, whilst close to half of this is on private land (Guardian, 2014; City of Sydney, 2013).
– Unequal access to green space based on socio-economic factors (‘the latte line’ [ABC News, 2019).
– Lack of public understanding surrounding what biodiversity is, the biodiversity crisis and efforts to protect it (Guardian, 2010).

We propose an immediate response to Sydney’s lack of tree canopy and equitable access to green space in the form of Fun Fast Forests. These are modular pop-up forests that can be re-sized, re-shaped and re-located to areas they are needed most. Fun Fast Forests are intended to support and increase awareness of the Greening Sydney Plan and associated objectives.

Fun Fast Forests are composed of: