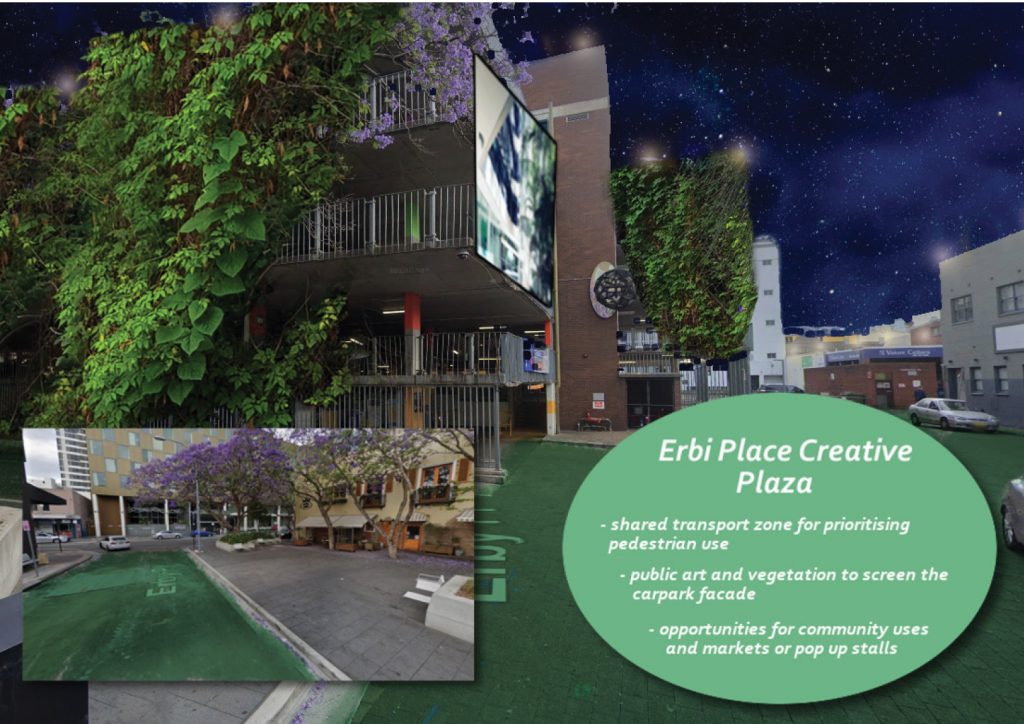 Right in the centre of Parramatta, lies the Erby Place. The restaurants and shops on Erby Place have been left untouched by the unprecedented development occurring right next door in developments such as the Paramatta Square project. This plan hopes to provide this underappreciated site with improvements to the façade and changes to the use of the road within this space in order to make it more walkable and inviting to Sydneysiders.

The rejuvenation of Erby Place in Parramatta will provide an incentive to utilise the current public open space. Creating a more attractive urban space will encourage people to use it more frequently. The addition of a shared transport zone will allow for the free flow of people in and out of the area and surrounding food services. With the implementation of a pop up stall or dessert bar as well as the public art screen, this area will become a great public space, day and night, as it offers a non-formal area of social gathering.

This idea seeks to utilise the existing carpark facade, which denigrates the entire existing public space surrounding it, and turn it into a community centre that harbours positive interactions through public art, community events and shared space. Not only is it transformative for Erby Place, but it transforms the wider Parramatta CBD area through the provision of safe and healthy public space.