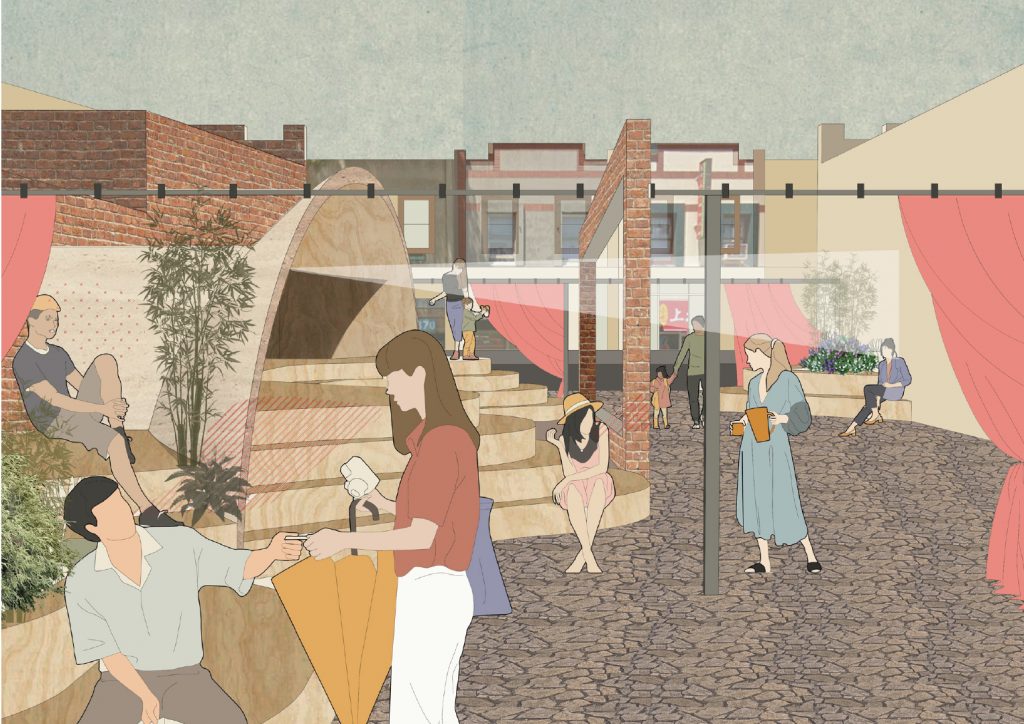 Encounters in the Every Day
Dana Nguyen

Rather than seeking to be a monumental landmark, this project aims to utilise the everyday habits and flows of transit; to prioritise momentary fleeting encounters as the first step to building an intercultural relationship. This project hopes to represent the diversity of Sydneysiders, made up of people from around the world, with various personalities all coexisting in the one city.

The project aims to change the direct linear routes of transitional spaces, to become more fluid and dynamic in program – allowing for people to interact with architecture elements such as seating and structure. Curved and inward seating creates an opportunity as a breakout space for rest, as well as provides the chance for indirect encounters such as eye contact. The structure itself could become a small stage for busking/performances, transformed to be a cinematic pavilion with seating, or simply a place to seek refuge while it rains. The use of curtains gives an indication of wind, as well as provides an opportunity to break the open space into a semiprivate one if needed.

The pavilion is not limited to a certain program or function but is rather dynamic, as it gives agency and governance in people’s interaction with the architecture. By focusing on existing transitional spaces, it allows people to slow down, and take a break in their daily lives. With momentary encounters being the first step to establishing intercultural relationships, repetition at this intervention will add to the habits and routines of Sydneysiders, hopefully creating long lasting connections.