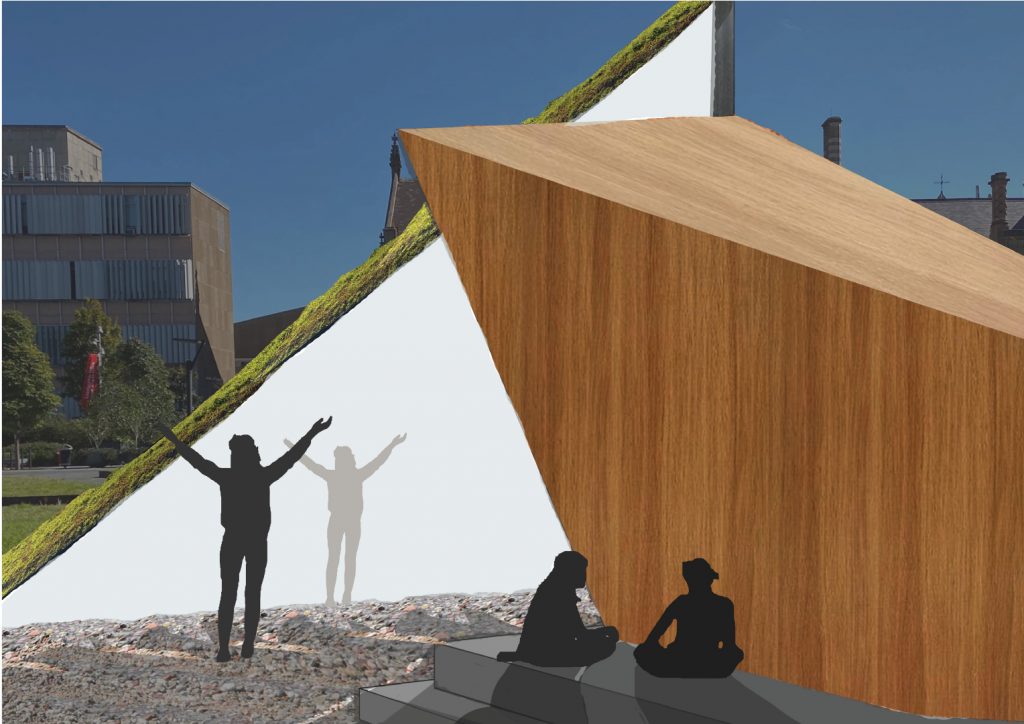 A Hub For Discovery

The staircase underpass and gathering park/square nestled outside the USYD Law Building is problematic and critically underused due to its lack of shade, intricacy and accessibility to the public via Victoria Park. By creating a central hub of activity that constantly disorients and re-orients the user as they walk through the area, an enhanced feeling of playfulness is realised and an increasingly user-interactive and active space is achieved. The dynamism that is evoked through constructing layered forms and planes is directly informed by the inherent shape of the staircase where its angular nature is transposed in our design. This subsequently allows for plant life to spill into the design and promote ecological wellbeing in the urban environment that further delivers a healthy and appealing public space. This design proposal becomes positively transformative to the site due to the increase in sheltered areas as direct sunlight becomes problematic during the middle of the day. The designed angular shelters are able to be manipulated and moved in order to facilitate the changing patterns of solar movement throughout the year. The addition of a greener, twisting pathway not only promotes the site’s practicality and playful curiosity, but also makes it more accessible to all communities. Hence, the varied amount of interactive architectural forms and features which users are confronted with, such as the mirror wall and adjustable shade functions, also greatly improve the site as it is transformed into an inviting hub of explorative activity.