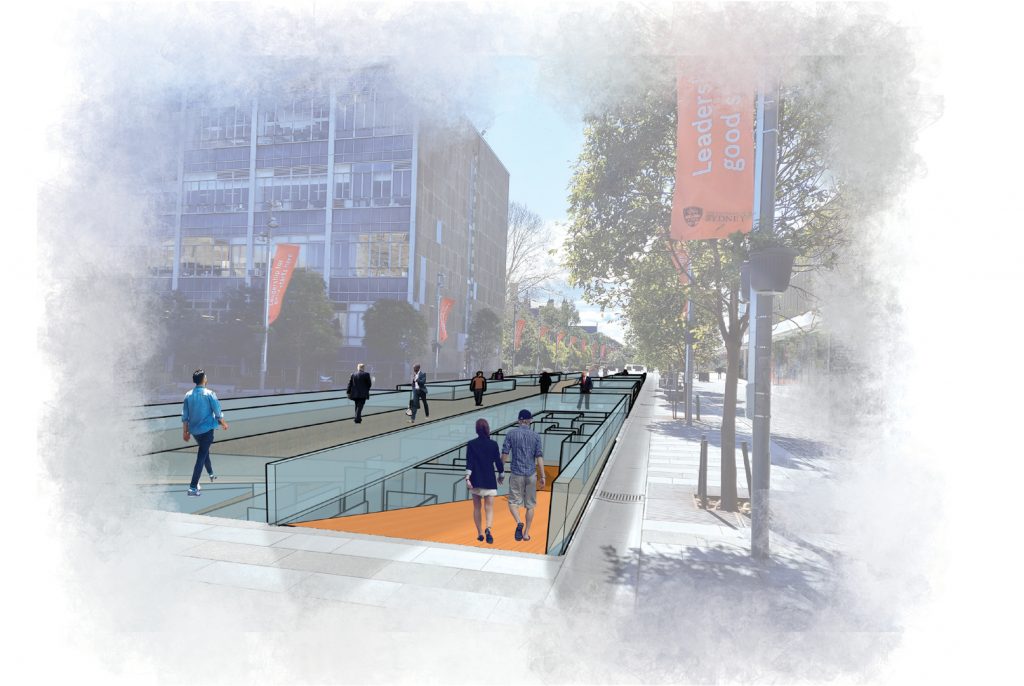 Eastern Avenue, located at the centre of University of Sydney campus, is a thoroughfare for students and staff. Although public, it carries an atmosphere of privacy, caused by the withholding of information from the general populace. As such, there is an obvious lack of connection between public and private.

Hence, Daedalus as a public space aims to disseminate information to all. It is a metaphor for the removal of barriers between public and private, through obtaining knowledge. This knowledge resultantly helps in maneuvering through life, similar to the effect of the string in the myth of Daedalus.

Daedalus aims to do this through the structure of the maze whilst also redefining traditional notions of the maze. Exhibits will be housed in dead ends which pose exciting discoveries in contrast to the monotony of a dead end, as well as to educate observers. Projections will also aid in education, and frosted perspex evokes sight and challenges the traditional, opaque maze walls that evoked disorientation. The glass overpass on top of the maze also allows the busy traffic to be unhindered, whilst treating the entire maze as an exhibit: providing enlightenment of the workings of the maze, similar to the perspective of Daedalus in the myth.

Therefore, Eastern Avenue will be transformed into a public place which welcomes all, providing a unique educational experience to enhance the lives of sydneysiders. The University of Sydney will no longer carry the atmosphere of the private, but of the public.