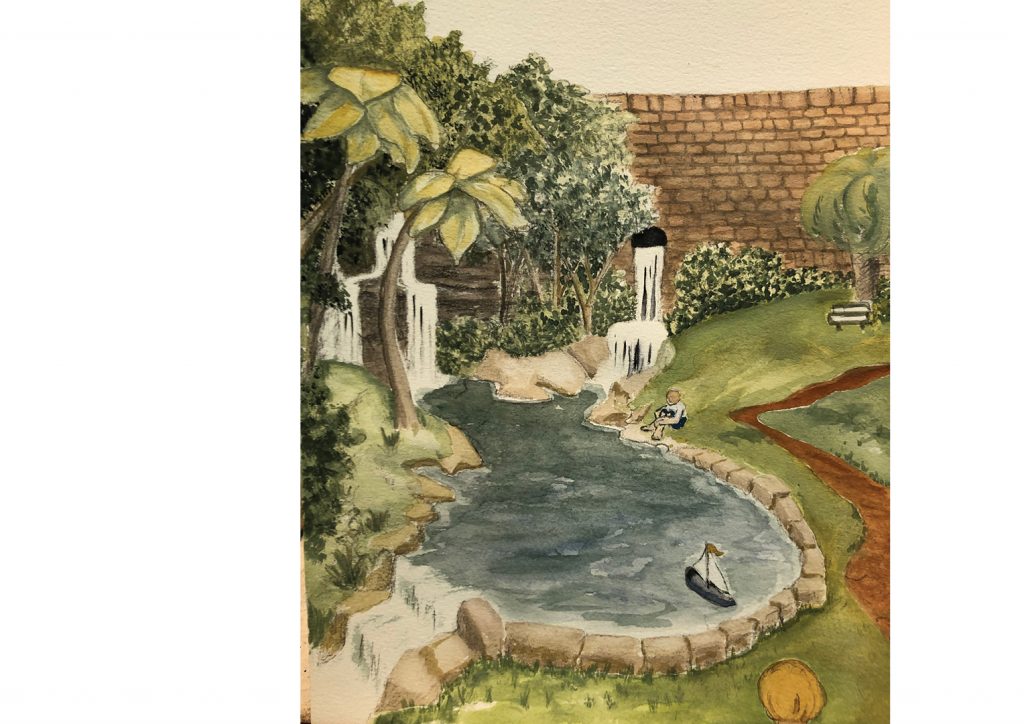 Cooper Park is an exquisite sliver of bushland in Sydney’s Eastern suburbs, centring on a series of waterfalls, ponds and streams that run down the valley towards Double Bay. The ponds have developed leaks and are now a series of shallow, weed infested, sinister bogs, in spite of Woollahra Council having made several futile efforts to fix them – (now abandoned). There are several charming features, no longer used. We envision the area as one where grassy swards encircle healthy clean ponds, where people can picnic and children sail their boats as they did in the 50’s and 60’s, inspired by Jenny Turpin’s work at Sydney Park, but much smaller. Nobody lingers there now. The plantings have obliterated the main waterfall and several secondary waterfalls, and made it impossible to reach the stream, while the ponds are algae infested. While this is a refuge for wildlife, it could be restored without jeopardising that, and still be a sustainable and peaceful retreat for humans. My watercolour is inadequate and twee, but it gives a rough idea.