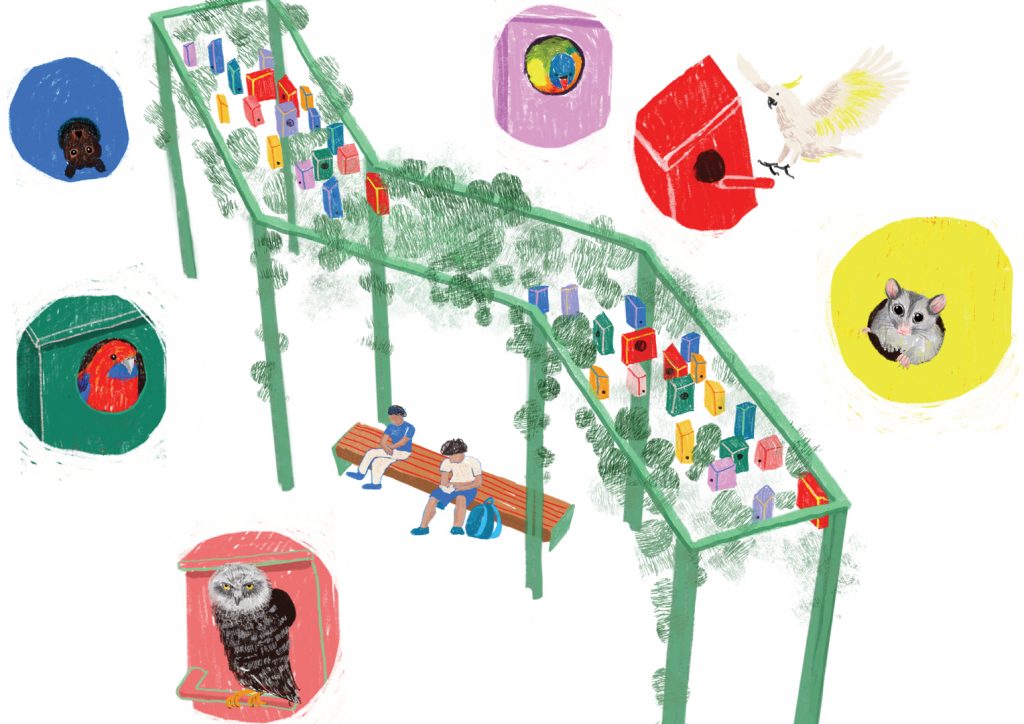 Give urban wildlife a home in the city

As cities grow larger and denser, suitable habitat for urban wildlife becomes increasingly scarce. The precious green space in a city is not only important for the well being for the human inhabitants but also needs to play a bigger role in supporting wildlife, specifically native wildlife, in the urban environment.
The idea of Coming Home is to provide additional nesting opportunities in the city for tree hollow dwellers, such as native birds, bats and marsupials. It also hopes to raise the public awareness the city is home not just to people but also native animals, and taking care of the environment to support native animals is as important as for supporting people. We do not and cannot live in isolation from nature.
The design consists of a range of nesting boxes tailored for the needs of different species, green canopies and potential furniture for people to relax amongst the greenery. Flexible in scale and configuration, the structure can be installed in parks, streets and other areas helping wildlife move around by linking together fragmented landscapes and habitats.