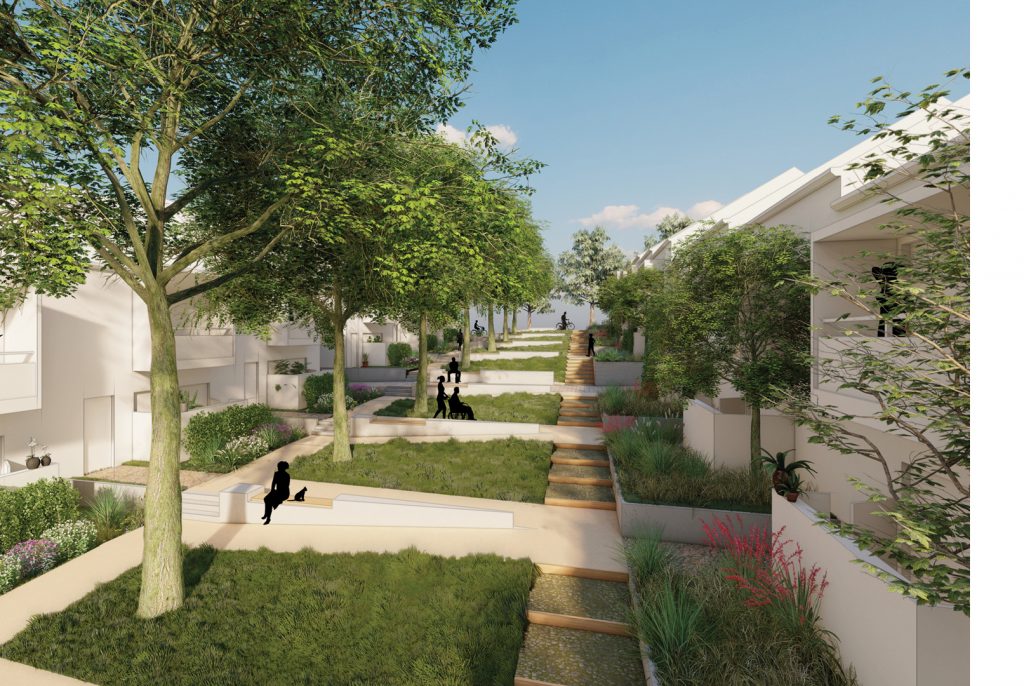 Convert parking spots for cars into pocket parks for people!

The current pandemic has revealed a competitive lack of open space for people In the higher density areas. In Camperdown, we are targeting wider streets that are not key access routes and only used for private car parking. These streets are sometimes too steep for universal access, but offer green grid potential for pedestrian and bicycle connectors for local communities. The image shown is generic but could be adapted to Hopetoun Street and Gibbens Street connecting both the Camperdown Oval and Memorial Parks. Other candidates are Trade St, Gilpin St, Rowley St, and Marmion St which are all roads that are also serviced by rear lane access.

By adapting a “Lombard Street” for the ambulatory, combined with landscaped “horse steps” and more traditional 1:20 ramps, a series of pocket parks are created. Uses can range from picnics and play areas to exercise and bike parking. Universal access is maintained to all dwellings, which also allows bicycle deliveries (an activity that has increased greatly due to the pandemic). The perceived loss of value of a public car park space is more than compensated by the added value of cleaner and healthier open space. Community garbage collection points instead of rear lanes used for thousands of private bins could be trialed as part of the exercise.