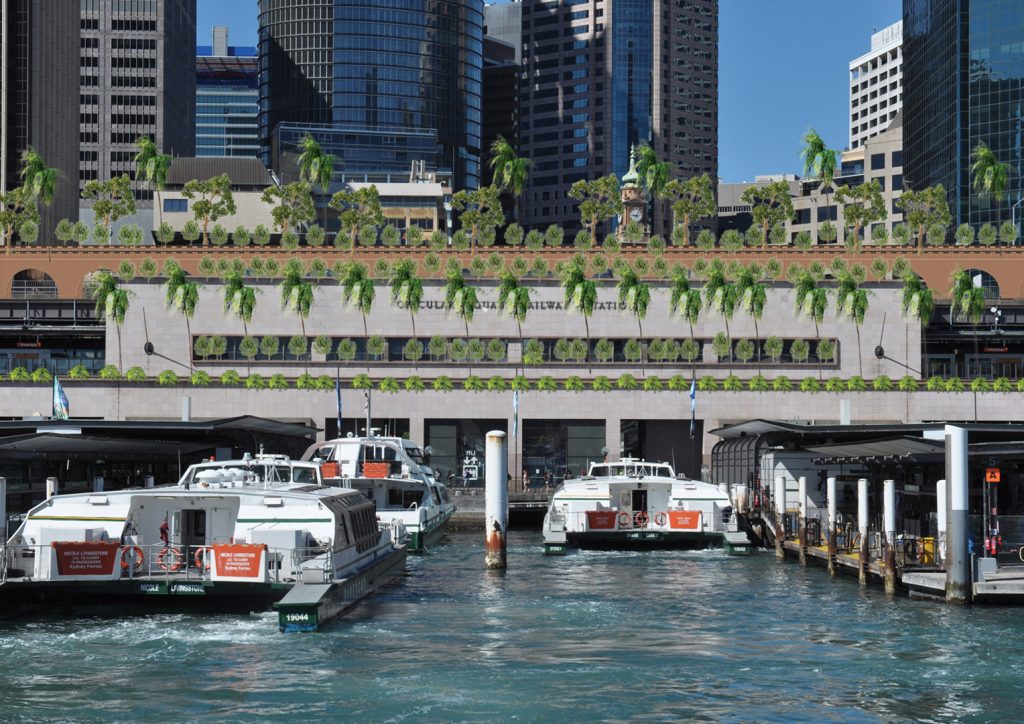 A green highline for Circular Quay

The idea is for an arched walkway that would be built over the Cahill expressway, sacrificing a lane of traffic each way to support the new structure. The walkway itself would be as wide as the expressway and would connect Observatory Hill with the Botanic Gardens to the east, creating for a ‘green ring’ between Bennelong and Barangaroo. The walkway would also allow for views of the first point of settlement for Europeans in Sydney and Bennelong Point, symbolising the first contact between the two cultures. Like the current walk alongside the Cahill expressway, it could be used to tell the story of that history but in a way that’s sympathetic to the natural environment (e.g. trees imported from around the country to symbolise the many Aboriginal nations).