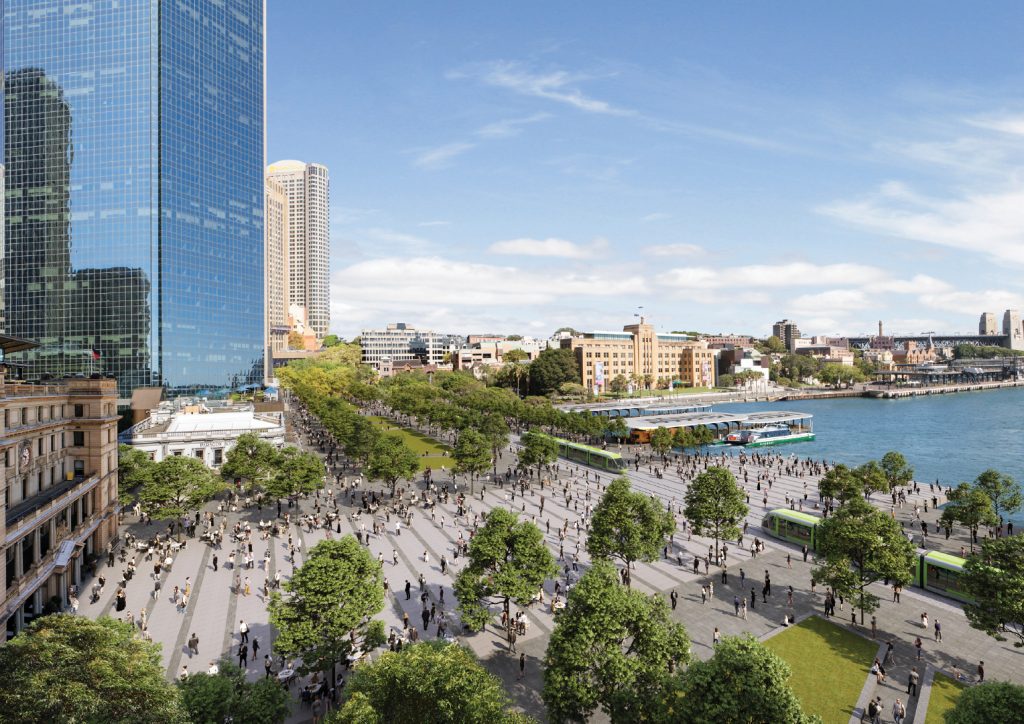 Circular Quay is a place of national significance. Giving it back to people starts with rethinking infrastructure.

The removal of the Cahill Expressway creates the opportunity to transform Circular Quay into a grand urban room—a space for the people of Sydney to celebrate important occasions, assemble, or just hang out and enjoy the harbour.

The Cahill Expressway opened in 1958 to connect the Harbour Bridge to the east side of the city. When the Harbour Tunnel opened in 1992, it doubled the Cahill’s connections, effectively making the expressway redundant. Unlike the Cahill, the train loop across Circular Quay is an essential piece of infrastructure.

We have proposed moving the train underground by extending an unused existing tunnel from St. James Station down Bridge Street and looping it back to Wynyard Station. The gradient for the train line works due to Bridge Street’s higher elevation.

A station would be located at Bridge Street, opposite Macquarie Place Park and only a short walk from Circular Quay. Busses could also stop there. With the transport congestion removed, the narrow, dense foreshore around Circular Quay’s ferry wharves could be replaced with a generous public realm.

Under this vision, Customs House, the original government trade building, would reclaim its historic significance as the Quay’s centrepiece.

Sydney is a global city. It must celebrate its location on the harbour and create great places for people. Taking back the Quay and transforming it into a place truly meant for people is a bold step in the right direction.