Policy
Ten ideas for the next Greater Sydney Region Plan 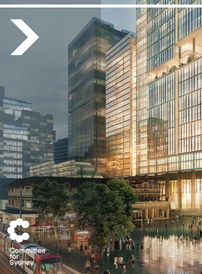 Ten ideas for the next Greater Sydney Region Plan

The Metropolis of Three Cities (MO3C) defined a vision for Sydney that caught the public’s imagination and framed debates about growth since its publication in 2018. It directed government’s attention to the west and expressed Sydney’s essential polycentrism in a modern way. It created the conceptual framework that all of us have worked within since.

The next version of the Greater Sydney region plan provides an opportunity to build on the successes of MO3C, as well as everything we have learned since then, so that Sydney can take another big step forward in terms of quality of life, decarbonisation and economic inclusion.

With the recent announcement that the Greater Sydney Commission will be recast as the Greater Cities Commission, with a mandate to think about Newcastle, the Central Coast, and Wollongong, the opportunity now exists to truly think at the larger scale of the megaregion. The next region plan will be the first chance to show how planning at this scale works.