Policy
Running out of money is a choice: thoughts for the next NSW budget 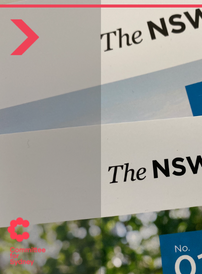 Running out of money is a choice: thoughts for the next NSW budget

This year’s NSW Budget feels like Groundhog Day. Last year at this time, we thought the worst of the pandemic was behind us.

Dominic Perrottet, then Treasurer, declared in his 2021 budget speech, “NSW was back.” He proclaimed NSW’s ability to keep its economy open made the state, “the confidence capital of Australia.”

Just a day later, NSW was yet again forced into harsh restrictions as a Covid-19 cluster grew in Bondi. The following months brought more restrictions and lockdowns as NSW raced to boost vaccination numbers.

But today the recovery is well and truly underway. Vaccination rates are high, borders are open, and children have resumed their schooling.

We now face a new set of challenges. Businesses are struggling to find enough staff. Cost of living pressures are building up. And looming in the background is the question of how governments will pay back the debt from Covid-19 stimulus.

Meanwhile, all the issues we faced before the pandemic remain: the need to make housing more affordable, the incomplete transformation of Sydney’s transport network, the urgency of accelerating action on climate.

These challenging conditions will require a careful response in Matt Kean’s first budget as Treasurer.

The biggest risk government faces with this budget is complacency.

After spending big on pandemic response measures, the risk is government shifts into austerity mode, saying it will focus on finishing what it’s already started but not do anything new. Government could make this choice because of rising debt, because it has fatigue from more than a decade in government, or, most importantly, because it says it has run out of money.

But running out of money is a choice. Government has options to increase its fiscal capacity so it can continue to do big things.

The NSW Government has accomplished a lot. NSW navigated Covid-19 recovery successfully for the most part and now we find ourselves in a major economic boom.

Over a longer period of time, the most transformative investment has been Sydney Metro, which is creating not just a better way to move around, but the framework for organising future population growth and adding housing supply.

But what we have seen with Sydney Metro so far is just a start. We only get the full impact by continuing to build out a complete network, which allows people to get from anywhere to anywhere. To become a mature public transport city will require continued expansion of the system, as well as the feeder network that gets people to and from rail stations.

This state government has done big things with infrastructure. The question is, does it have the appetite to keep going, or is it exhausted? History shows Sydney falls behind for generations when we stop building projects.

The next state election will be dominated by cost-of-living issues. As it should be. Inflation hit 5.1% in March, the highest rate since the GFC, and it now looks like it will run even higher.

But what can the NSW Government do about this? Much of the cost-of-living increase is driven by global events – Covid-19, supply chain disruptions, war in Ukraine – and the big levers controlling inflation live at the federal level of government. We desperately need the federal government to expand skilled migration in order to overcome labour force shortages in key industries like tech, infrastructure and hospitality.

What we’ve seen in the most recent federal budget is one-off election spending to try to shift votes, rather than any systematic attempt to bring the economy into balance or a coherent strategy on what should be done about rising costs.

As our economy continues to recover, there will be more money flowing into the government’s coffers. Rather than spending this extra revenue on short term responses to the cost of living, it should be invested in productivity enhancing reform that make it cheaper to live and work in Sydney.

The truth is, the state can do quite a lot about cost of living, and this year’s NSW Budget is an opportunity for government to present a real strategy. Real affordability depends on lowering the two biggest items in household budgets: housing and transport.

Adding housing at the suburban periphery where people will have to drive to everything, and where every adult has to own a car with an accompanying petrol bill, is not affordability. Real affordability comes from being able to live in a complete neighbourhood, where many trips can be taken simply and cheaply by public transport or on foot.

While the government has been expanding the public transport network in a way never done before, the job is nowhere near finished. It needs to stay the course.

We still have a lot of work to do to reconnect internationally. Many of Sydney’s core sectors are still suffering as a result of diminished global connectedness. Some of this can be expected to correct itself as international travel resumes. But the global talent attraction system needs a lot of attention (a federal prerogative) and the immigration numbers are very much holding us back. Moreover, the ‘Fortress Australia’ stigma is still strong internationally and impacting on our ability to recruit talent, tourists and students. All of this impacts on tourism, higher education and the creative industries..

We need to be undertaking focused work to rebuild the brand and the connections around the world. While emergency support is no longer required in many sectors, recovery will take time and it’s important that NSW Government continues to provide targeted funding and the right regulatory environment for these core economy sectors to thrive.

What will the NSW Budget say about productivity growth in the economy?

In the long run, productivity is the only sustainable way to fight wage stagnation. Productivity improvements depend on investments in research, innovation and skills. There has been significant work done on economic strategy including the R&D Roadmap to the Modern Manufacturing Taskforce, CSIRO’s National Missions, Innovation partnerships with NSW public universities, and the Hydrogen Strategy.

Now the question is whether these strategies are backed up with investments.

We have conveyed a long list of positive ideas to government, including:

The obvious question, then, is what if anything will the NSW Government do about the revenue side of the equation?

Will there be an attempt to replace stamp duty with the more stable revenue stream that land tax presents? Will this or other tax reforms be designed in a way that actually increases the fiscal capacity of the state? Will government utilise PPPs more for its infrastructure, as is being done in Labor-led Victoria? Will there be more asset recycling or other creative ways to generate one-time funds?

Ultimately, this is the most important choice in the budget: Will it raise enough money to allow NSW to continue to make transformative investments in the future, or will it be a budget of implicit austerity with funds to do new things exhausted?