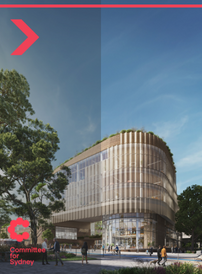 Treasurer Matt Kean has delivered NSW’s first real post-pandemic Budget – and although it’s a complicated budget, in complicated times, there’s a lot to like.

The focus on boosting female workforce participation and early childhood education is a landmark moment for NSW as we emerge from the pandemic, and we love the targeted investment in innovation and economic precincts across the city, including Westmead, Bradfield, Gosford and Tech Central, which will be crucial for the city’s next stage of growth.

However, despite the government’s ambition to do big things, we are facing a significant inflation challenge, labour shortages and the threat of another Covid-19 variant.

There is some reform on offer, but NSW is still waiting for Commonwealth support to fully remove its most regressive tax, stamp duty. The budget includes money for Fast Rail but falls well short of the billions needed to get the project done. And although it certainly includes more money for the state’s overall infrastructure program, much of that appears to be making up for Covid-19 delays and cost blowouts.

The truth is, this budget is a big reminder of the economic headwinds our state faces.

The Treasurer is right to highlight the importance of investing in people, but people across Sydney desperately need effective public transport, especially a built out Metro network. It’s not one or the other, we need both.

Government will also spend $1.3 billion over the next four years to provide fee relief for all NSW families with children between the ages of three and five in pre-school or long day care. The investment also includes an additional two weeks paid parental leave for public sector employees who more evenly share parental leave.

Return to Work grants of up to $5,000 will pay for work clothes, technology and training for women returning to the workforce. While the new $10 million Carla Zampatti Fund will invest in female-led startup businesses, along with $9.5 million in dedicated support for female business owners through Service for Business and Business Connect programs.

Health. After several years of pandemic, a big healthcare recruitment drive in the budget should surprise no one. The public sector wage cap has increased from 2.5% to 3% for the next two years. However, with CPI forecast to reach 5.5%, real wages will be negative. Perhaps in an attempt to soften this blow, all NSW Health employees will receive a one-off $3000 cash payment in 2022-23.

Economy. Targeted support to drive economy growth is a hallmark of this budget, prioritising key precincts, including:

Active transport. Sydney will get a new 91 kilometre waterfront path from Sydney Opera House to Parramatta Park, including a second Bay Run around Hen and Chicken Bay – a budget commitment of $60 million will go to filling the gaps in pedestrian access, with developers along parts of the route expected to cover the complement. Great news for communities along the route, and bound to become a major destination in its own right.

Energy transition. The government’s decision to establish the ‘transmission acceleration facility’ with $1.2 billion to develop transmission infrastructure projects required to fast track the transition to renewable generation and storage has been rightly welcomed.

At this household level, government is backing this grid-scale investment with efforts to ensure the benefits of lower household energy costs are extended to low income households by helping eligible households save up to $600 a year on their power bills by installing rooftop solar and energy efficient appliances.

The $38.3 million to further support electric vehicle charging infrastructure rollout is welcomed. Demand for EVs is far outstripping supply, yet many people – especially those without access to a driveway or garage – remain concerned about where they will find a charger for their EV as part of their weekly routine. Investing in apartment buildings and on-street charging will reduce those anxieties and unlock another round of growth in EV demand. 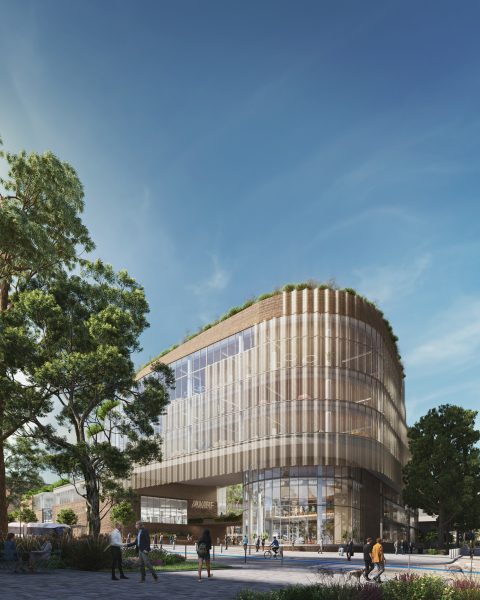 Steps in the right direction

Fast rail to Newcastle. The Treasurer confirmed a $500 million commitment to Fast Rail between Sydney and Newcastle, via the Central Coast, matching Federal Labor’s pre-election commitment. While this is excellent news in realising our Sandstone Megaregion vision, it falls well short of the real amount needed to fund this project. But it does a few things that are important:

This important project is certainly not done yet, but we would hope to see this become an actual commitment prior to the next election. It also comes on top of a new budget commitment of $30.2 million to develop the Six Cities Vision.

Parramatta light rail stage 2. The budget commits to stage 2, with $602.4 million reserved for the first phase of the project. This includes $26.6 million over the next year, and $372.5 million over four years to fund detailed planning and the building of a bridge between Wentworth Point and Melrose Park.This should be one of the NSW Government’s highest priority infrastructure projects, as a vital part of enabling Parramatta to take its place as Sydney’s second major CBD. It will also enable more sustainable and affordable transport trips in Parramatta.

Instead, roads and motorways have been prioritised in the budget, with upwards of $10 billion over the next few years towards the Western Harbour Tunnel, upgrading the Great Western Highway, and increasing road capacity under the Western Sydney Growth Roads Program.

Aboriginal empowerment. Me-Mel (ex Goat Island) will be transferred back to Aboriginal ownership and management, with a $43m commitment to pay for projects such as repairing seawalls and buildings, improving the wharf and access, upgrading services such as water and sewers, and removing contaminants like asbestos.

The broad package of measures includes improving cancer care pathways for Aboriginal people, boosting the Aboriginal Community Controlled Organisation sector to support empowerment, support for Aboriginal community housing providers, support for First Nations languages, and funding to fly an Aboriginal flag permanently on Sydney Harbour Bridge. There will also be $900,000 for a dedicated repatriation of ancestral remains, led by the Australian Museum. 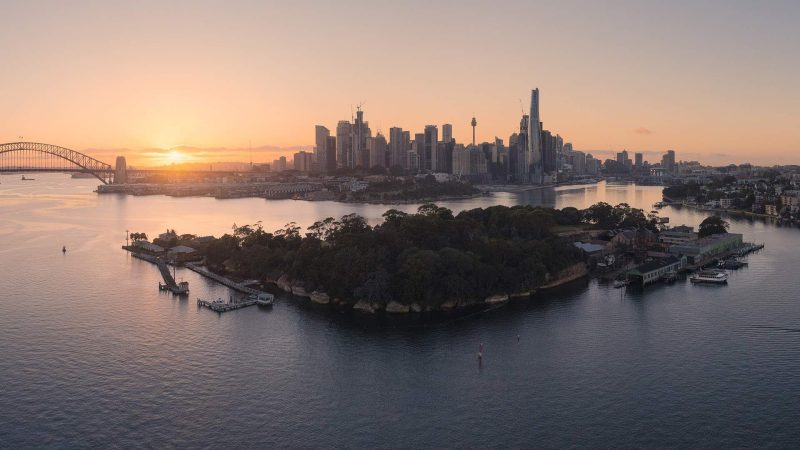 Affordable housing. Again, there is nothing substantial in the budget that is materially going to change housing costs. A major chunk ($1.5 billion) of the government’s $2.8 billion housing package goes towards its new shared equity scheme and stamp duty reform – both of which will impact a relatively small number of people. There is very little that will move the dial on the supply of new homes nor add social and affordable dwellings.

Tax reform. After expectations stamp duty reform was dead in the water, Treasurer Kean used his pre-budget media campaign to say it was back on the agenda. Today he confirmed first home buyers would be able to choose between upfront stamp duty and an annual land tax for property purchases of up to $1.5 million. This is a welcome first step towards axing this outdated and regressive tax, but we urge the NSW Government to push ahead with removing it altogether.

The position of the NSW Government is that this can only happen if Federal Government provides funding to cushion the revenue hit from receiving less stamp duty in the transition. We do not accept this premise, the ACT found a way to undertake stamp duty reform without federal support – but we agree it would be easier/faster if the federal government helped.

Cost of living. While the Treasurer says this budget is all about reform, the budget papers make it pretty clear re-election is the more dominant theme. As part of that, more than $7.2 billion has been committed over the next financial year towards “boosting family budgets,” including a new toll refund package (saving drivers up to $750 a year), and a new $150 Back to School voucher.

The problem of paying too much in tolls is a symptom – of a fragmented approach to road pricing, and more deeply, of a planning system that has locked so many households into car dependency, forcing them to spend a lot of money each month on driving everywhere they need to go.

Disaster preparedness. A horrendous few years of natural disasters have not catalysed investment in climate risk reduction. While the budget notes severe storms and floods were “not enough to derail the strength of the broader economic recovery underway in NSW,” ratings agency Moody’s acknowledged a moderately negative exposure to environmental risks arising from climate-change related natural disasters and the carbon transition.

This budget has appropriately allocated billions of dollars in emergency services and flood relief. But while there is serious money ($1.4 billion) for cleanup and temporary housing, there is no funding allocated for recovery across the Northern Rivers. We do need to wait for the findings of the 2022 Flood Inquiry, but this budget presented an opportunity for government to make a clear statement that it will support flood-affected communities, and follow that support through for communities returning to flood-affected areas, or relocating to areas with lower flood risk, lower insurance premiums, and the confidence to invest without the fear of being flooded out again.

This budget was an opportunity for this government to show it had begun to learn the lessons of Lismore, and started to strategically plan for future climate risk. Yet only $10 million has been assigned statewide each year to adapt to these emerging climate risks. Lismore experienced a flood two metres above its historical maximum, which was devastating and should be a game changer for how we think about and plan for climate risk – especially in Greater Sydney, which has the most number of uninsurable addresses in the country.

Infrastructure. We think it’s clear the single biggest accomplishment of this government over the past decade has been the infrastructure boom – especially Sydney Metro. Creating a fast, frequent, grade separated way to move across Sydney is changing the geography of the city. It is also providing an armature to organise growth in the coming decades.

Metro becomes increasingly valuable as new lines are added because of the network effect: each line and each station adds value to all the others. As it becomes more of a grid of interconnecting lines, like you see in London or Paris or Tokyo, it becomes more and more useful.

We have been growing increasingly concerned that the government is losing its will to keep going. This is partly because the costs are escalating, as the construction industry reaches capacity across Australia.

It makes all the sense in the world to stretch out the delivery pipeline over a longer period of time, given the capacity constraints in the industry, and government has indeed decided to do that.

But what we want to see is progress on the planning, design and corridor preservation for the next set of projects. Sydney Metro as currently committed is a partial system that will not do what Sydney needs.

We applaud moves in this budget to potentially expand the Western Sydney Airport to Glenfield but would like to see far more ambition around expansions of the network, particularly in western and south western Sydney.