New public transport, wider footpaths and speed reductions for traffic could help to transform Sydney’s Parramatta Road to a place where people feel comfortable sitting at cafes on the footpath, according to a new report published today.

The Committee for Sydney reports sets out a new vision for the 23km stretch of road, which is one of the ten most congested in Australia and has suffered from decades of neglect, with over two-thirds of its shops currently vacant.

Using the catalyst of moving cars off the road into the completed Westconnex in coming years, the Committee advocates for a number of big ideas to revitalise the road, including:

Parramatta Road is Australia’s oldest city-to-city roadway. However, it has a long history of congestion and now stands as a boulevard of empty shops and gridlock. With the opening of WestConnex to take cars of Parramatta Road, and the building of the Sydney West Metro train line, the Committee believes there is a once-in-a-generation opportunity to transform the road.

At the heart of the plan would be the inclusion of Burwood-City light-rail or trackless tram on Parramatta Road, that would connect to existing public transport infrastructure and create new stops at locations like Broadway, Leichhardt and Ashfield. 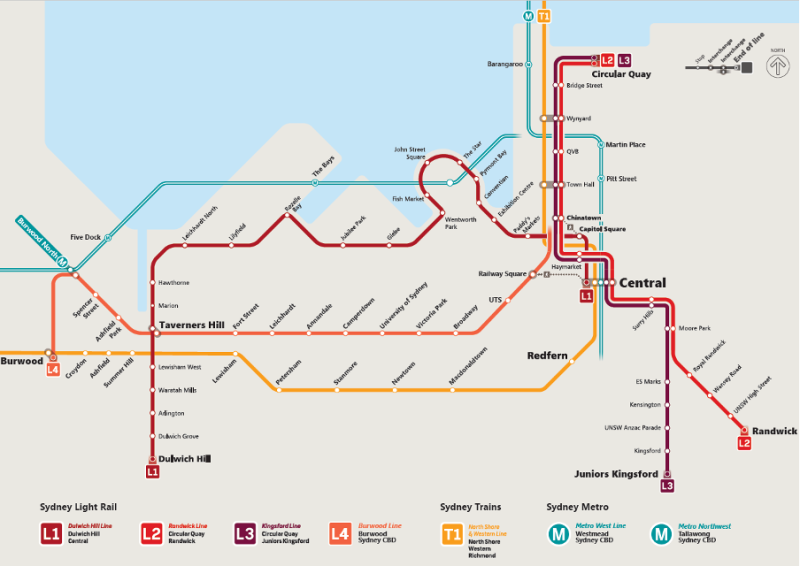 A proposed City and Inner West transport network with the inclusion of Burwood-City light-rail/trackless tram and Sydney Metro West.

Alongside this, changes to the streetscape would deliver wider footpaths, more space for cycling, trees and return the street to a place where people feel comfortable spending time.

CEO of the Committee for Sydney, Gabriel Metcalf said that while transforming Parramatta Road isn’t a new idea, the creation of Westconnex is a perfect opportunity to implement change.  He said:

“The basic test of a good high street is simple – would you feel comfortable having a coffee on the footpath outside a cafe? For Parramatta Road, today that idea would be laughable – but our proposals would return Parramatta Road to a high street and a place where people congregate and spend time, while still maintaining important connectivity across Sydney.”

“The value of this renewal stretches far beyond simply economic measures, contributing to societal, health, community, and environmental benefits for all.”

“Collectively, the outcome of an improved and well connected public realm would stimulate a greater value in residential development along the road corridor, but more than that, it will stimulate new communities that grow around the new connection and see Parramatta Road as arenewed place of exception.”

These changes would be aligned with a new economic strategy for the corridor, linking its future to Tech Central and the Greater Parramatta to Olympic Park (GPOP) precincts at each end of the road. The bold new vision would be delivered by a new governance structure with all levels of government agreeing to shared principles.

The report, Reclaiming Parramatta Road, has been written with support from Grimshaw Architects, Mecone and PwC.

Proposed vision for what a future Parramatta Road could look like: 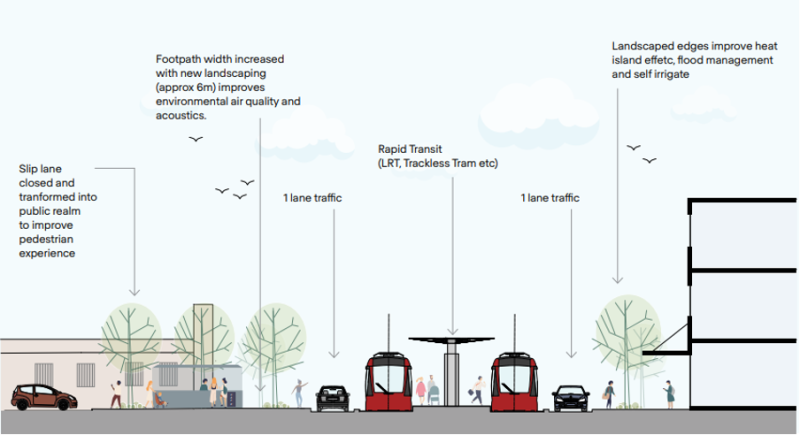 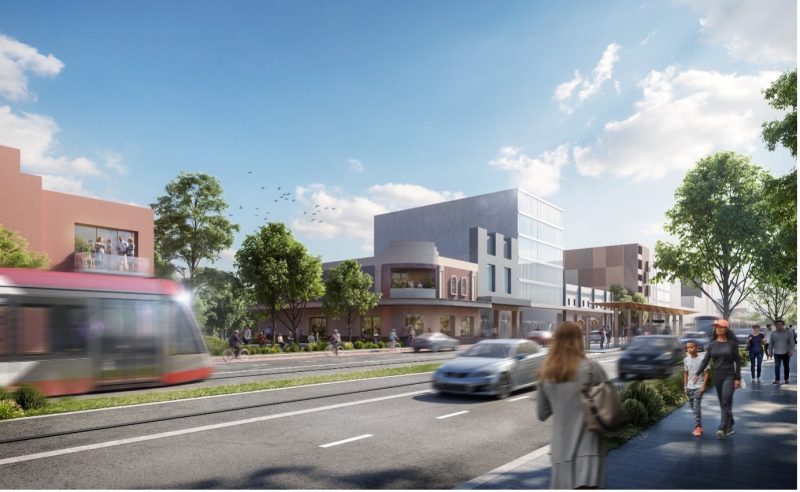