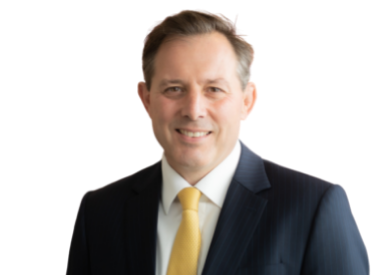 Doug Ferguson is the NSW Chair and Head of Asia & International Markets for KPMG. As Chair, he leads more than 300 partners and approximately 4,500 employees in six office locations across NSW to drive growth and enhance connectivity and culture. He was appointed to this leadership role in March 2019.

Doug commenced his professional career as a graduate with KPMG in Financial Services Audit in the late 1990s, before relocating offshore for more than a decade with KPMG in China in the Deals Advisory business. Doug returned in 2012 to lead the Asia and International markets team serving inbound clients from Japan, China, India, South Korea, Indonesia and the Middle East. He continues to lead this Industry team and is a member of the Clients & Markets Executive.

Outside KPMG, Doug serves on the boards of Reconciliation Australia and Committee for Sydney, as well as the Advisory Councils for Asia Society, the BCA’s International Engagement Committee, UNSW CIBEL Law and he is a Trustee of CEDA. He is Chair Emeritus of Asia Society Australia, a Business Champion of the New Colombo Plan and Adjunct Professor for the University of Sydney’s Business School.

With his background studying and working in Asia and with an Asian-Australian family, Doug is a passionate supporter of cultural diversity and inclusion and Australia’s continuing engagement in the Indo-Pacific region.