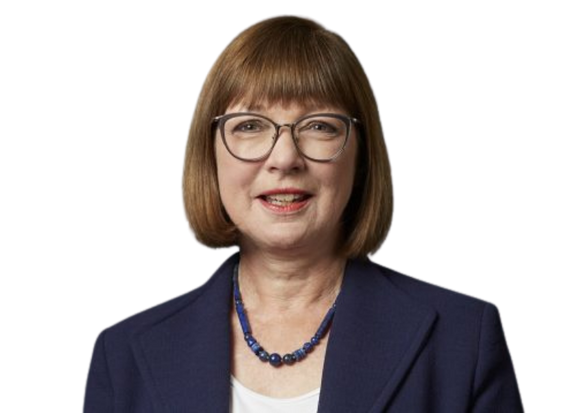 Christine Covington has over 36 years’ experience in planning, environment and property law, and has been a non-executive director for over 15 years. She acts for a wide variety of clients including some of the country’s largest institutional property owners and developers, retailers, mine owners and operators, manufacturers, electricity generators and transmitters, state and local government agencies and departments.

As well as advisory work, she undertakes transactional work, environmental and planning litigation, due diligence, ESG and climate change-related matters. Christine served for several years as the National Practice Group Leader for the Environment and Planning Group at Corrs Chambers Westgarth (Corrs), was an elected member of the firm’s Board for 10 years, and has recently been reappointed to that Board. She was Partner in Charge, Sydney 1 January 2020 to 1 August 2022. For several years, Christine chaired Corrs’ Audit & Risk Committee. She was re-appointed to that Committee on 1 August 2022.

In her role as Partner in Charge, Sydney at Corrs, she had responsibility for over 60 partners and approximately 350 staff.

Joining Corrs in 1982 while studying law, Christine has spent the majority of her legal career at that firm.

As well as (state and Commonwealth) environmental, planning and real property transactions and legislation, she has extensive experience in issues associated with urban renewal and infrastructure provision. Christine is also a member of the firm’s ESG and Responsible Business practice group. She has a particular interest in advancing the role of First Nations people in design development, including in urban contexts.

While her specialist legal practice is focused on environmental, planning and real property law, in the early part of her career, she has undertaken work in a broad range of areas including workers’ compensation, personal injury litigation, criminal law, family law, wills and probate and general commercial practice. As such, she brings a broad skillset and understanding of risk to her work as a non-executive board member.

Outside her legal practice, Christine served as a NSW State Government appointee to the Central Sydney Planning Committee (CSPC) from 2007- 2009, the City of Sydney’s consent authority for major developments over $50m. In that role, she served on the working group for the new City of Sydney local environmental plan, 2012. The CSPC role also provided an opportunity to engage in and understand the importance of quality community engagement.

For seven years, Christine was a Board member of City West Housing Pty Limited, a state-owned affordable housing provider (including two years as Chair). She served as a member of the Boards of the NSW Environment Protection Authority, the Barangaroo Delivery Authority and as the Deputy Chair and currently the Chair of the ACT City Renewal Authority. She was Chair of the ACT City Renewal Authority’s Audit & Risk Committee for 3 years and a member and subsequently Chair of the Audit & Risk Committee for City West Housing Pty Limited.

In each of these roles, Christine has developed her governance skills and a deep understanding of risk and its management. On all her boards, she has been a champion of diversity, sustainability and indigenous engagement.

Christine was appointed Corrs’ first Diversity Partner in 2006 and has served as a member of the firm’s Diversity & Inclusion Council from 2006 – 2021. In this role, Christine was able to advance her passion for creating inclusive workplaces and effective culture change strategies. Christine has mentored a number of female lawyers over her career and currently mentors women and men within and outside Corrs.

Christine has a son who lives in Sydney. With her partner, Sean, she is a keen bushwalker, boatie and foodie.